NYPD Cop Shot On Lower East Side, Gunman On The Loose 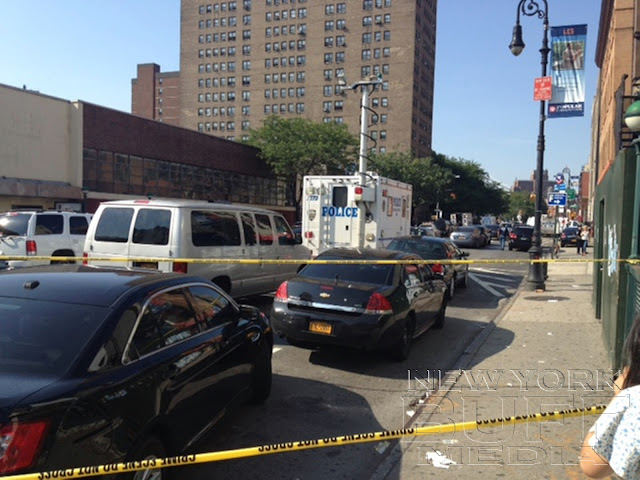 Lower East Side - A police officer who patrolling the Seward Park public housing development on the Lower East Side was shot in the chest around 3:50 a.m. Officer Brian Groves was saved by his bullet-proof vest, according to Police Commissioner Kelly, while police are searching the gunman.


Groves and his partner were "responding to a report of criminal activity in the stairwell of one of the buildings,"WCBS 2 reports. At the 20th or 22nd floor, the suspect fired at them from just a few feet away. It appears Groves also fired his weapon, but it's unclear whether the suspect was wounded.

One resident told the Post, "It was 4th of July so I thought it was fireworks. But then I looked out the window and seen cops going down the block. At that point I knew something was up. So I got dressed and came outside." Then she saw the police officer in the lobby, "As soon as I got downstairs, I saw him leaning against the mailbox saying 'ouch! ouch! ouch!' He was groaning with his legs bending straight out."


Groves was taken to Bellevue Hospital. Kelly and Mayor Bloomberg spoke about the shooting at Bellevue this morning; Bloomberg said, “I think it’s fair to say only pure luck and our prayers prevented this situation from becoming a tragedy, as the bullet struck Officer Groves’ bullet-resistant vest, which kept him alive and will allow him to see his little girls again."
The NYPD Tweeted, "Suspect who shot a police officer this morning is male 20s, wore red shorts, beaded cornrows, thin, 5'9" Call 800577TIPS, 800COPSHOT, ‪#PSA4‬" Kelly said during the press conference, "The assailant was described as a male black in his 20s, five-foot, nine inches tall, thin build, with his hair braided in beaded corn-rows. He wore a black shirt and red basketball shorts with beige stripes."
{Source & Photos by: Christopher Robbins/Gohamist} 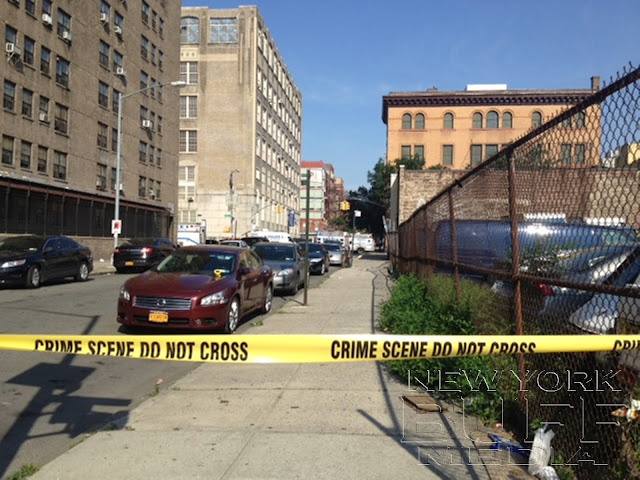 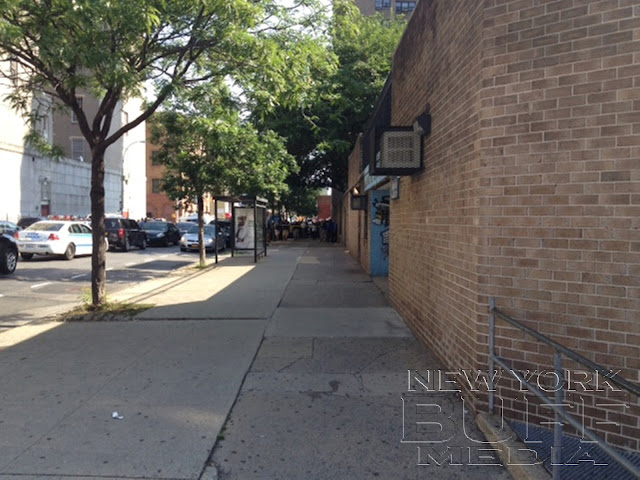