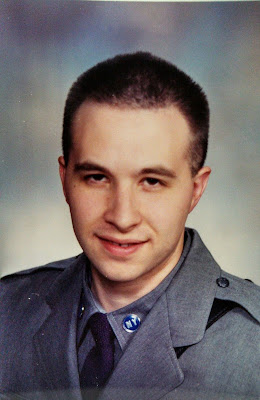 On December 17, 2013, Trooper Cunniff succumbed to injuries sustained during a motor vehicle accident on the New York State Thruway. Shortly after 8:00 pm on December 16, Trooper Cunniff was conducting a traffic stop when he was struck by a tractor trailer.

The tractor trailer was traveling eastbound in the right lane and drove off the roadway for an unknown reason, striking the two vehicles at the traffic stop.

He was assigned to Troop T in February of 2009.

Trooper Cunniff is from Duanesburg, NY and is survived by his wife, Amy, and two sons, 6-year-old Caleb and 4-year-old Zachary. He was 35 years old.