NYPD Cop Brian Groves Could Have Been Killed 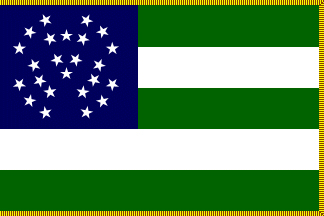 The Following is from the NY DAILY NEWS:


It’s the latest proof of why stop-and-frisk is a vital policing tool — and why judges are risking lives by tossing legitimate arrests.

Only through the grace of his Kevlar vest did NYPD Officer Brian Groves survive a point-blank shot to his chest when he was patrolling in the Seward Park Houses on the lower East Side.

Thanks heavens that he did, and thank heavens, too, that New York has cops like Groves and his partner Eric Corniel.

The two were on what’s called vertical patrol, checking the halls and stairways after reports of drugs and disorderly conduct. Groves opened a stairwell door and surprised a man brandishing a gun. He shouted “Gun!” and the cops gave chase down the stairs.

The man turned and fired at Groves from less than 8 feet away. Groves managed to return fire and continue the chase for four more flights of stairs before collapsing.

Now, let’s play a mental exercise designed to illustrate how insanely close the city has come to judicially mandated lawlessness. Let’s imagine what would have transpired if Groves and Corniel had stepped through the door and the gunman had not opened fire:

The men turn to head down the stairs. Groves asks them to stop, then asks where they are going. The men give vague answers. One seems to hold a hand near a waistband that is covered by a jacket.

Groves cannot see a weapon, but he knows that illegal guns are plentiful in the project. He orders the man to face the wall, pats him down and finds a pistol.

Based on two Manhattan Appellate Division rulings that voided the prosecutions of two 14-year-olds found with guns, the likely next step. would be a judge ruling that Groves had illegally searched the man and tossing the arrest.

Six judges signed the decisions, all of them apparently harboring bias against the NYPD program of stopping, questioning and sometimes frisking individuals deemed suspicious. Critics unfairly describe the effort as tainted by racial profiling because a large percentage of those stopped and questioned are minorities.

They are wrong , because the undeniable truth is that, rationally , the NYPD concentrates on neighborhoods with the highest crime rates. Unfortunately, those happen to be minority areas.

Consider the findings of a new study by the Reuters wire service. Reuters analyzed 3 million stops by police from 2006 to 2011. It turns out that 20% happened at or near public housing projects, even though the developments account for just 7% of the city’s residents.

Why were stops out of proportion to population? The missing factor is crime: Felonies are heavily concentrated in the projects. One in five murders last year occurred at a project. So did one in five shootings. One out of every four guns seized by police was confiscated at or near a project.

By the numbers alone, it is clear that police are targeting the right places for their most intense enforcement efforts. Of particular note: More than half the searches conducted in or near housing projects last year occurred inside lobbies, hallways and stairwells, the very place Groves was patrolling when a gunman almost took his life.
Posted by Moishe Lichtenstein