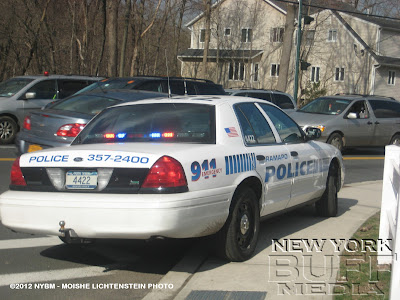 Chestnut Ridge - On Wednesday Morning, August 22nd, 2012 at approximately 1:43 AM, the Town of Ramapo Police Department received a 911 call from a resident of 51 Sutin Place, in the Village of Chestnut Ridge. The caller stated that three (3) males wearing mask, and one brandishing a handgun forced their way into her residence, through the back door, stating they were police, and when they got into the house they forced their way into two bedrooms and forcibly restrained both the caller a 33 year old female, and her mother a 63 year old female.
The victims were then told to tell the suspects where the money was hidden in the house. When the victims stated that there were no large amounts of cash in the home the suspects began searching the house for same. The suspects left after taking an undisclosed amount of cash, some jewelry some other yet to be identified proceeds.

Once the caller heard the suspects leave the residence the caller was able to free herself from her restraints. She then freed her mother and called the police on her cell phone.

The suspects were described as follows: