No News Is Good News - This Past Monday 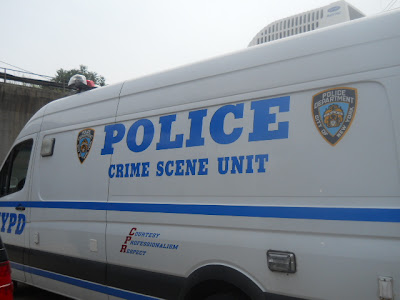 No news really is good news -- not a single person was reported shot, stabbed or slashed in New York City on Monday, police sources said.

The shutout seemingly caught the NYPD by suprise, as officials were almost at a loss to explain it.

"Nice way to start the week," said Deputy Commissioner Paul Browne, the NYPD's top spokesman.
Neither Browne nor other officials could remember the last time a day ended with three zeros.

"There were shootings galore,'' Reppetto said. "We lived in a town where people were afraid to come out of their houses, where babies slept in bathtubs to avoid getting shot, where nursery schools ran drills - 'When you hear the shots, drop down.'"

Reppetto said that the lack of gun and knife violence on Monday may be rare, but not a complete surprise, given that the city is on pace to finish the year with just over 400 murders.

"They're going to come in with the fewest number of murders since about 1960,'' he said. "It's an almost impossible figure, but their programs have been fabulously successful in stopping crime."

Thus far this year, crime is up three percent, fueled mostly by a 9 percent surge in grand larcenies that police attribute to thefts of smart phones and tablets.

Statistics for stabbings and slashings were not immediately available, though police do track them closely.

Sources said the emphasis on its stop and frisk initiative has changed the way criminals think, with more likely to carry a knife because a gun conviction carries a heavier penalty.

And slashings, sources said, are often an indicator of gang activity

To be sure, someone did pull a trigger Monday -- a 16-year-old walked into Bronx Lebanon Hospital in the early evening with a gunshot wound to his right thigh.

But police later determined the teen accidentally shot himself and was not involved in a crime.