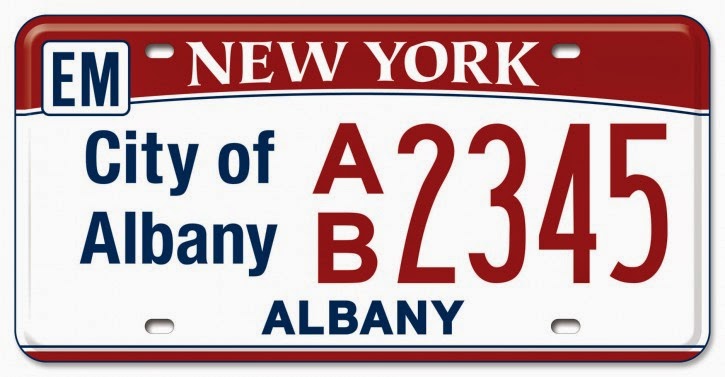 Governor Andrew M. Cuomo today announced that the Department of Motor Vehicles will begin issuing the first New York State emergency management red license plates for vehicles registered to State agencies and political subdivisions such as counties, cities, towns, and villages. Vehicles that serve a critical role will be given the new emergency license plates to assure they have immediate access to locations impacted during a state emergency as well as prioritized access for assets such as emergency fuel supplies. The red plates will carry a new Emergency Management (EM) indicator for quick identification.


“New York has lived through the new reality of repeated extreme weather and natural disasters and we are reimagining every part of how our state responds so that when the next storm comes, we are ready,” Governor Cuomo said. “We are distributing the new red emergency license plates to local governments and agencies free of charge to help prioritize response efforts statewide. This will help law enforcement and first responders respond faster and keep New Yorkers safe when the worst happens.”

The new plates will have a white background and a red banner with the “EM” designation appearing in the upper left hand corner. The name of the State Agency or the political subdivision and its county of primary use will also be displayed on the plate. “State” will appear at the bottom of State Agency plates. Sample images of the new plates can be viewed here and here.

The New York State Department of Homeland Security and Emergency Services will determine how many red license plates will be available to the various agencies and localities. Initially most localities will be entitled to register for a minimum number of red plates. The vehicle must either be owned or controlled and registered in the name of the State agency or locality in order to be eligible for the new red license plate. Additionally, the highest ranking government official in each locality will certify that the identified vehicles are eligible for this program.

Barbara J, Fiala, Commissioner of the Department of Motor Vehicles said, “We are sure that providing these emergency plates to the various state and local entities will benefit all New Yorkers in time of emergency or significant storms. We will be working with DHSES and the various localities to make sure that these plates are distributed in a timely manner.”

Jerome M. Hauer, Commissioner of the New York State Division of Homeland Security and Emergency Services said, “This is another component of the Governor’s plan to ensure New York is the best prepared state in the nation. These plates will aid in quickly identifying people with the critical need to enter areas that have restricted access and who should be on the road during times of emergency. It’s another step forward in better preparing our state.”