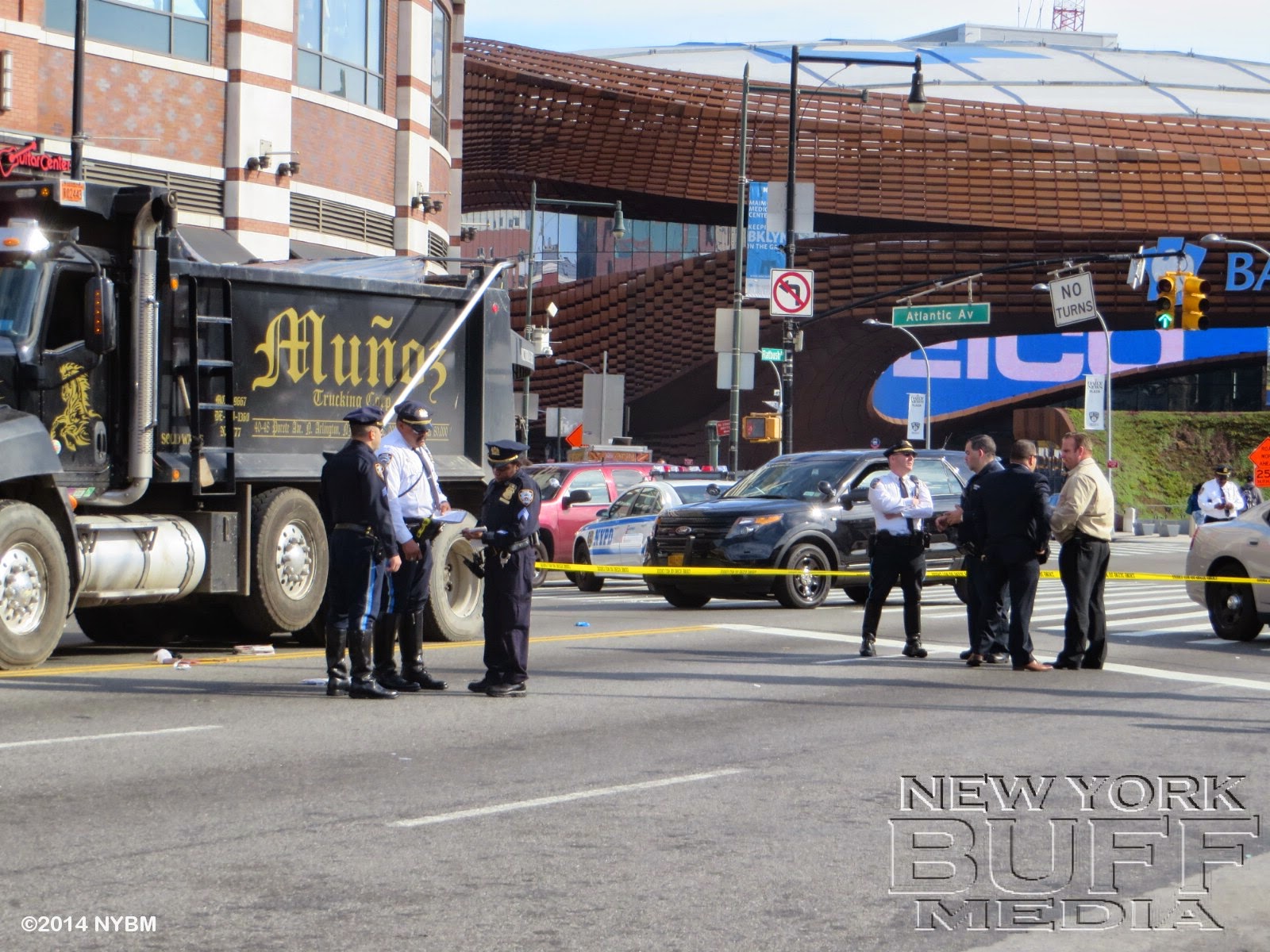 BROOKLYN — An elderly woman was struck and killed by a dump truck while crossing Flatbush Avenue Monday afternoon, according to officials and witnesses.

Winnifred Matthias, 77, of East Flatbush, was walking southbound down the double yellow lines on Flatbush Avenue when she was struck at the busy intersection at Atlantic Avenue near the Barclays Center just after 12:20 p.m., fire officials said.

The victim was rushed to Brooklyn Hospital where she died.

After the crash, the dump truck, heading northbound, was stopped in the westbound lane of Flatbush Avenue, just past Atlantic Avenue and several feet past a pedestrian crosswalk.

The driver of the dump truck remained on the scene.

Police said the investigation is ongoing. 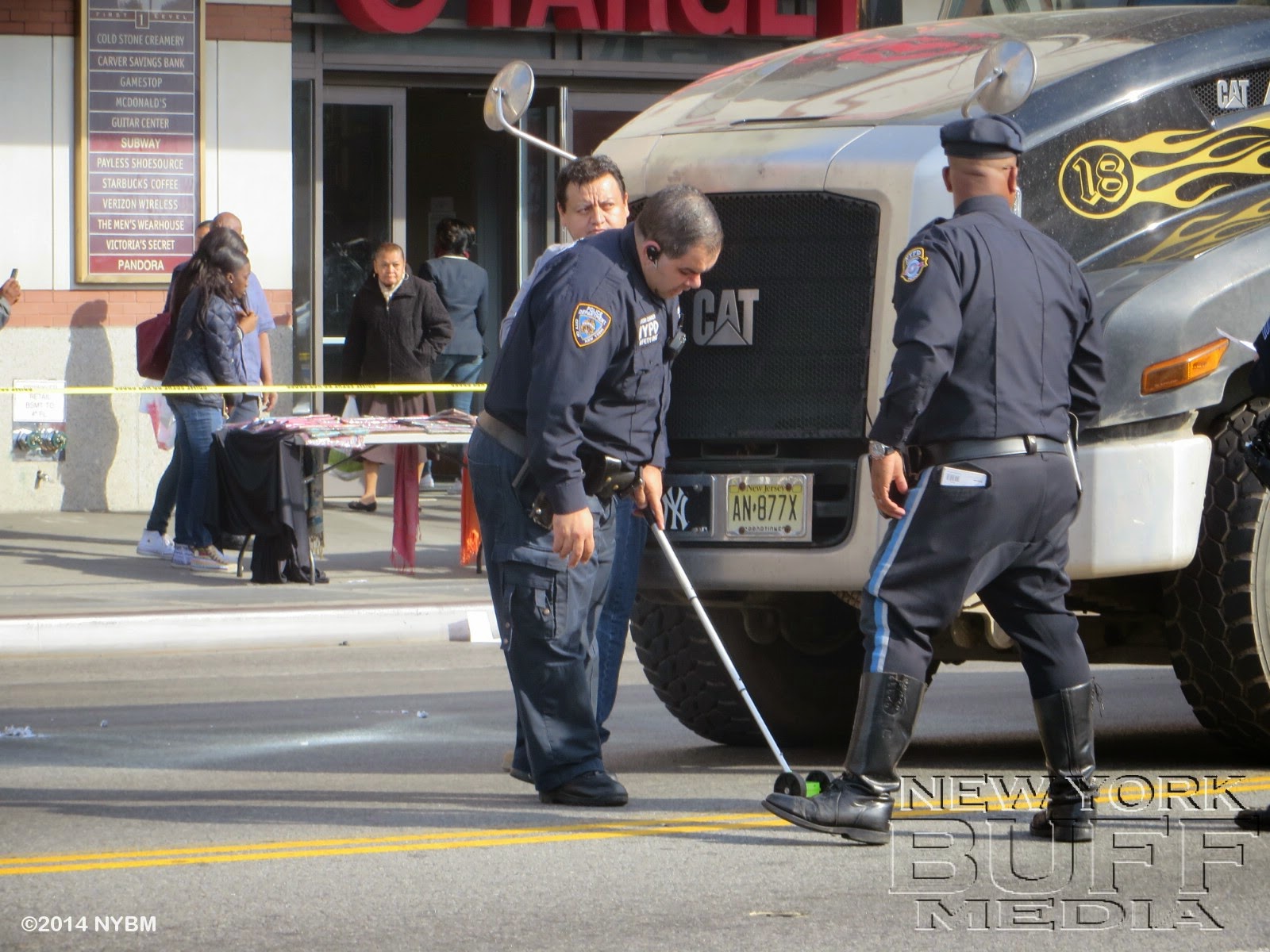 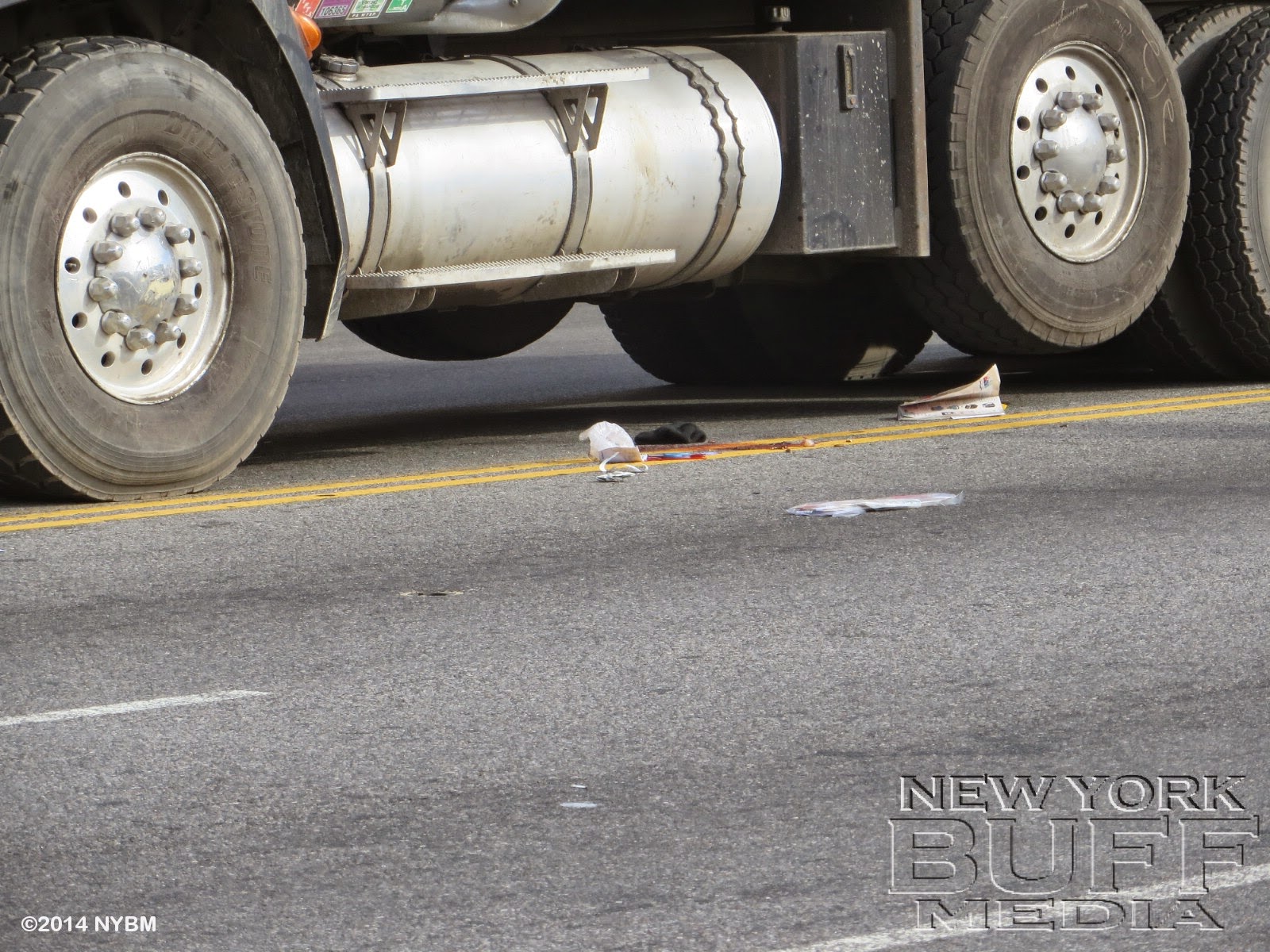 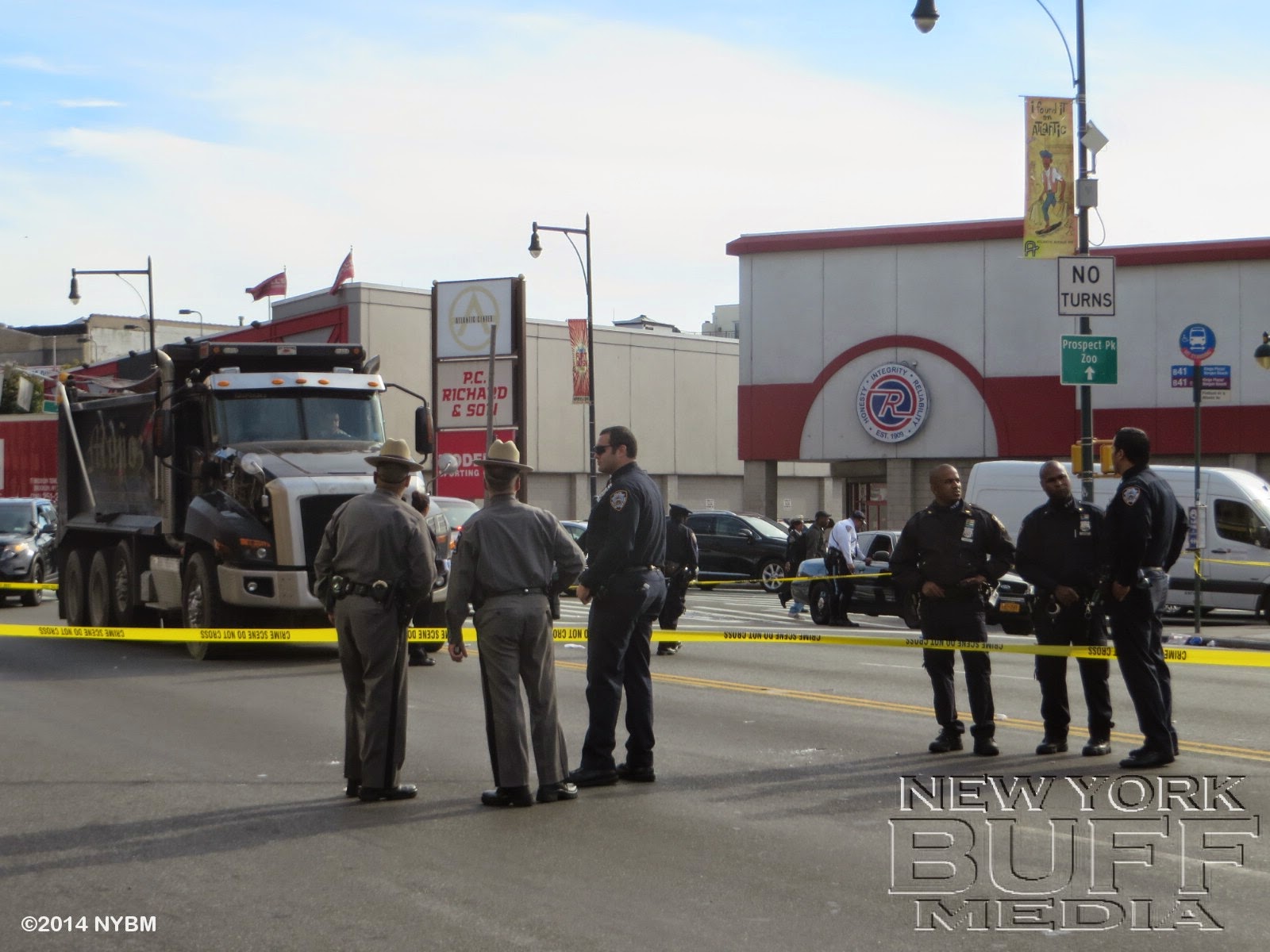 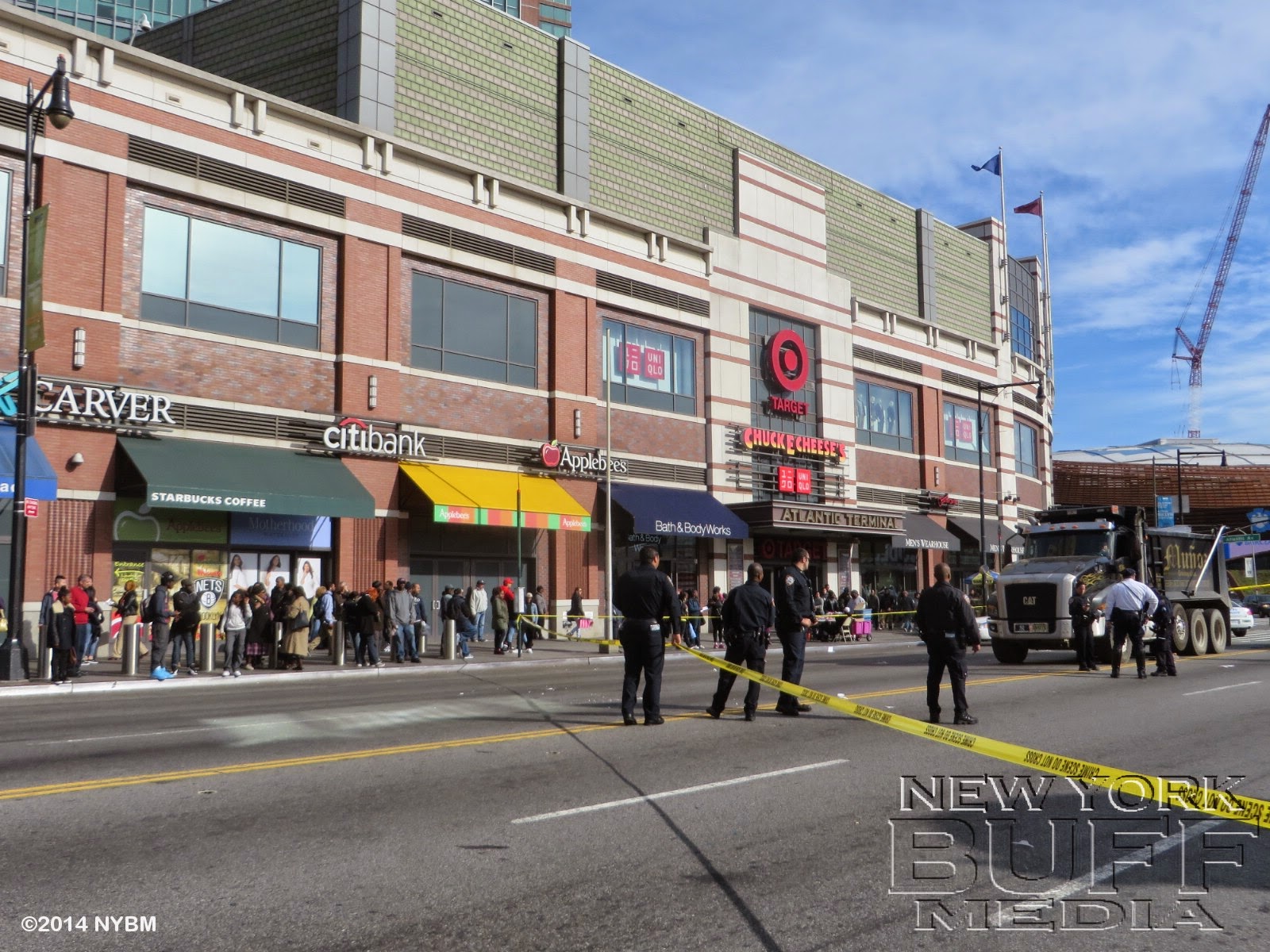 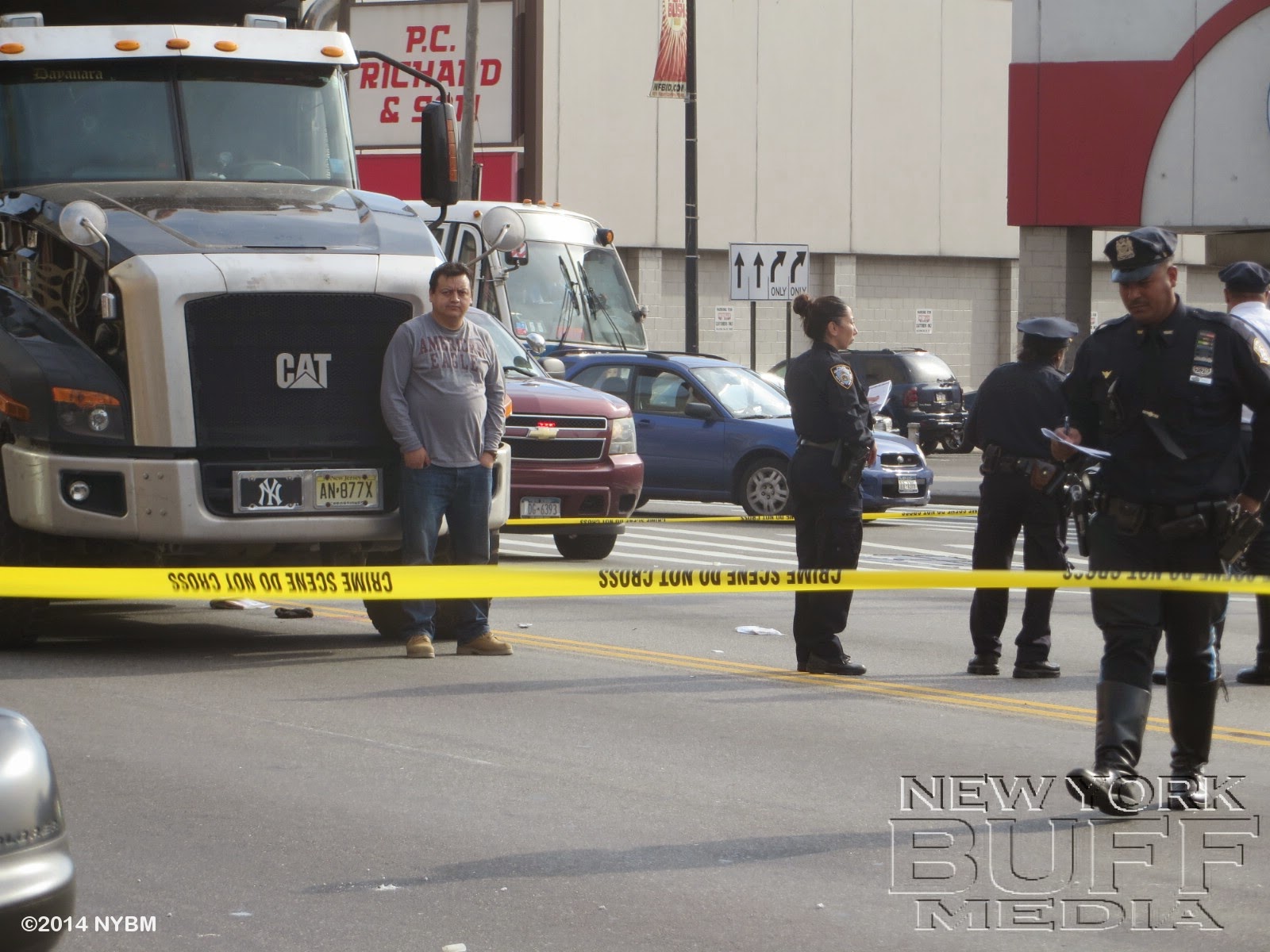