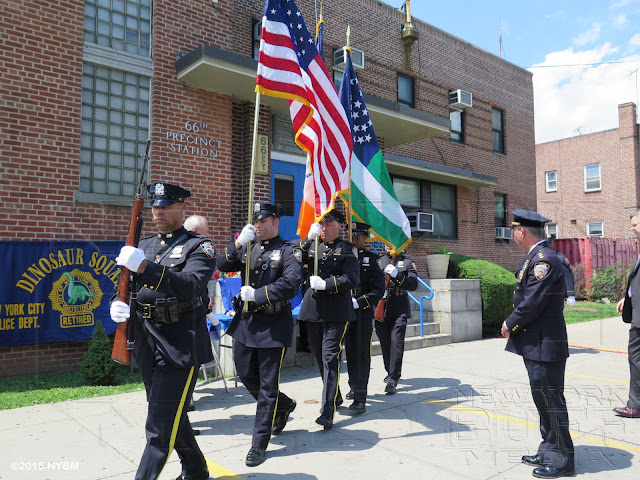 New York City Police Commissioner Bill Bratton on Monday unveiled a rededicated plaque honoring two brave NYPD detectives who were killed in the line of duty during an armed robbery in the Borough Park neighborhood of Brooklyn 53 years ago, at a ceremony in front of the NYPD’s 66th Precinct in Brooklyn.

The two NYPD detectives, John Finnegan and Luke Fallon, were caught in a robbery in progress at Boro Cigars on the corner of New Utrecht Ave. and 48th St. on May 18, 1962, and died in the shootout.

In 1995, Frank Ward, one of the founding members of the Dinosaur Squad of mostly retired WWII-era cops. led an effort to erect the plaque honoring Finnegan and Fallon on the site of Boro Cigars so that no one would ever forget them. But Frank died at age 69 just a few days before the dedication, according to The Daily News.

Walter Ward, who now runs the Dinosaurs that his father Frank helped start, told the Daily News that back in 2012, on the 50th anniversary of Finnegan’s and Fallon’s murders, the Dinosaurs wanted to do a wreath-laying ceremony at the site where they were killed. “Boro Cigars was history,” he said. “There were new condos on the site where those detectives were gunned down in 1962. That didn’t bother me so much as the plaque that my father worked to erect to their memory was gone.”

Walter tracked down the retired owner of Boro Cigars, who said he kept it in his house but never thought of calling the cops.

The Dinosaurs then decided to re-erect the plague on the wall inside the 66th Precinct.

At the ceremony, outside the 66th Precinct, Commissioner Bratton said the plaque reminds us the solemn promise that “we never forget” the service of the fallen detectives. He noted that he first dedicated the plaque at the site of the shooting 20 years ago when he served as police commissioner under mayor Rudy Giuliani.

Frank’s son, Kevin Ward, who is now the Police Commissioner’s three-star chief of staff, paraphrased comments once made by President Reagan: “What binds us today is what bound us 5o years ago; the same loyalties, the same traditions and the same beliefs. The New York Police Department was with you then, is with you now, and will always be with you.” 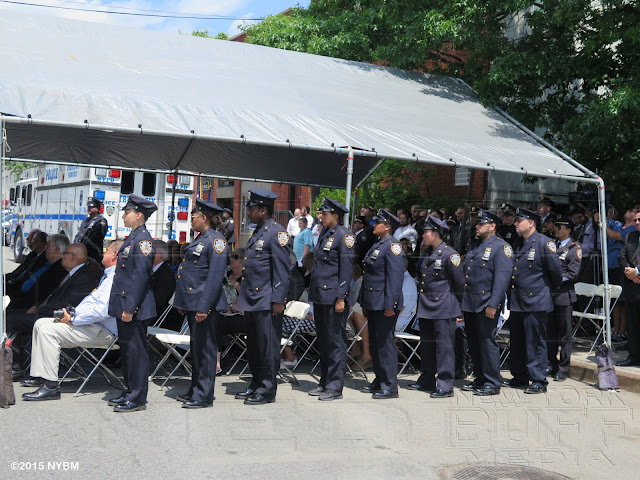 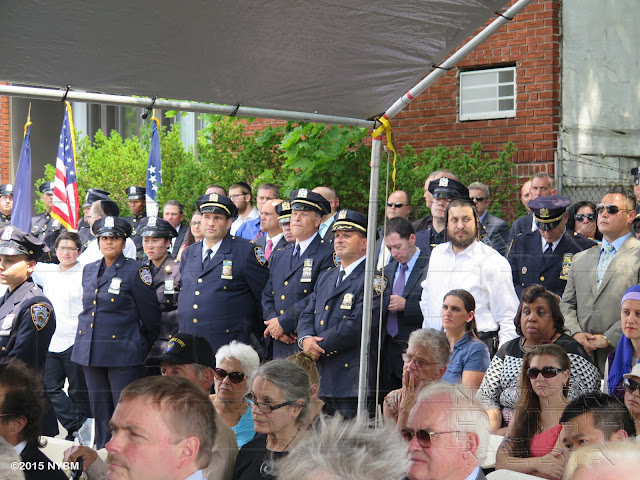 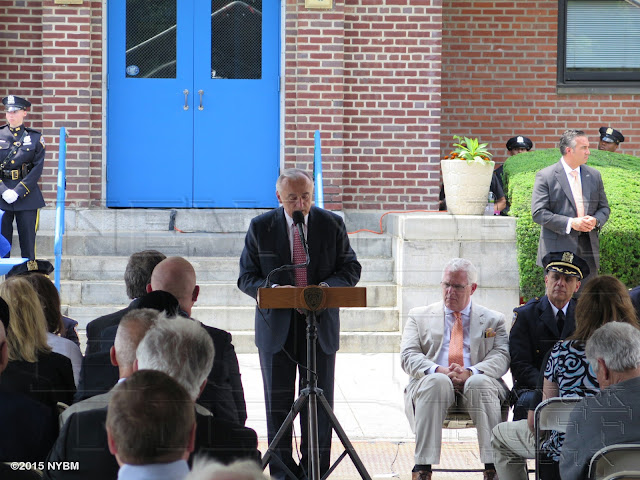 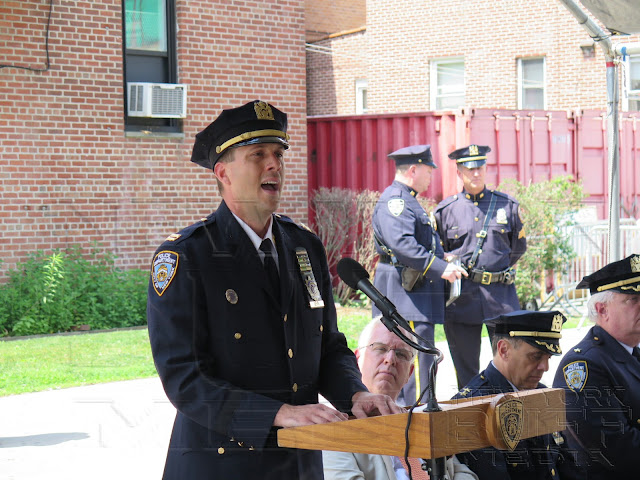 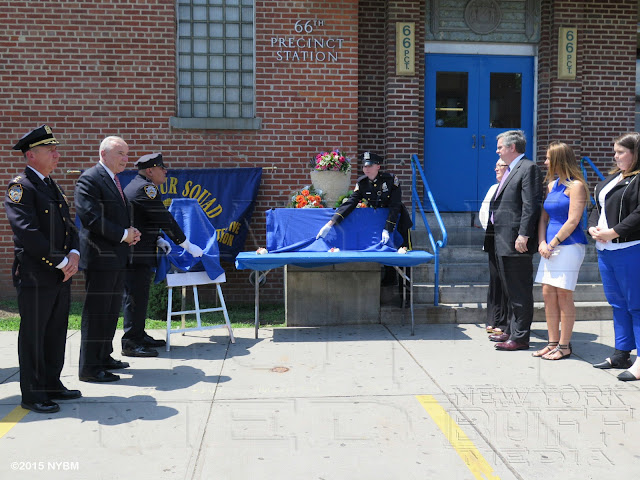 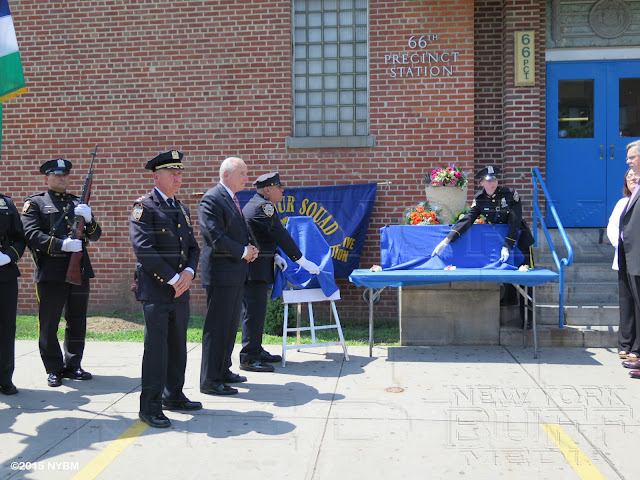 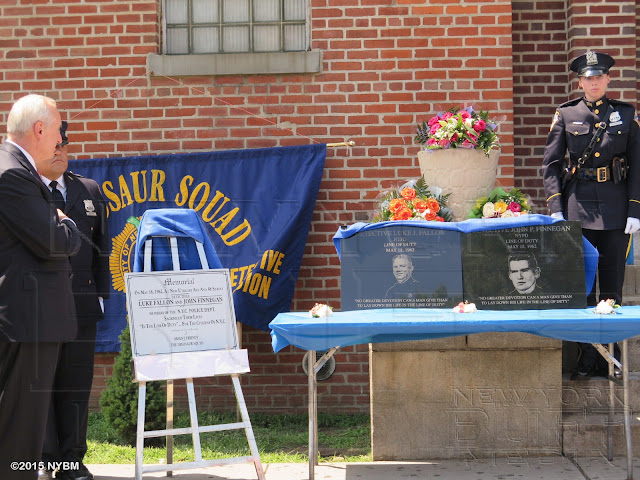 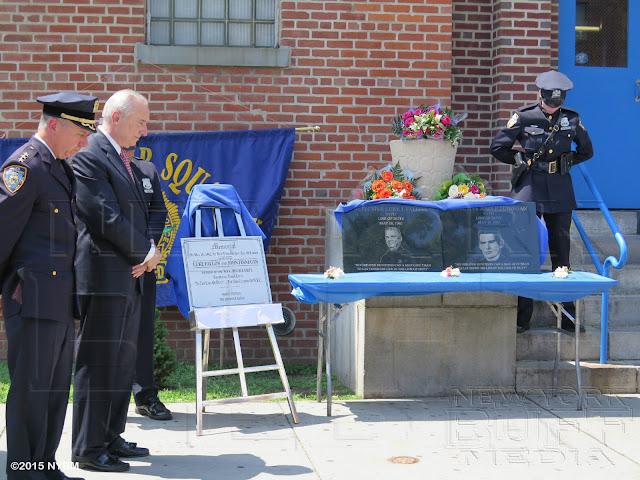 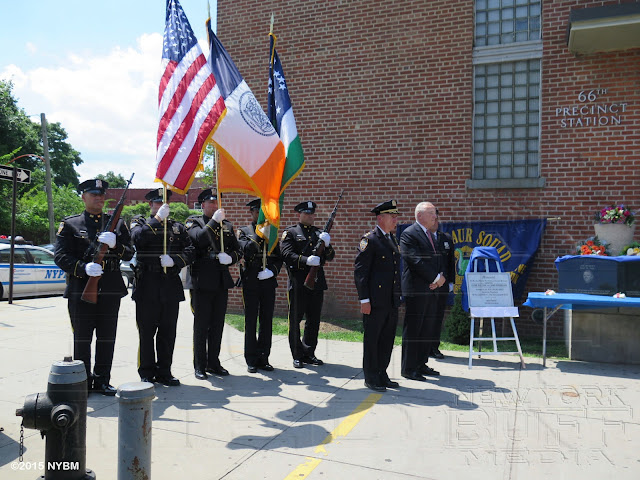 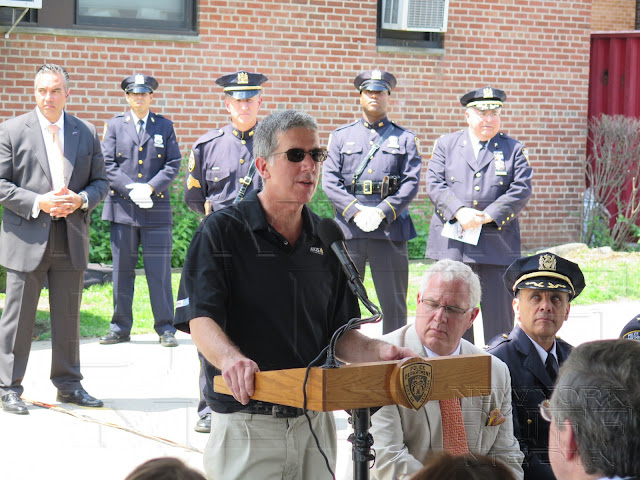 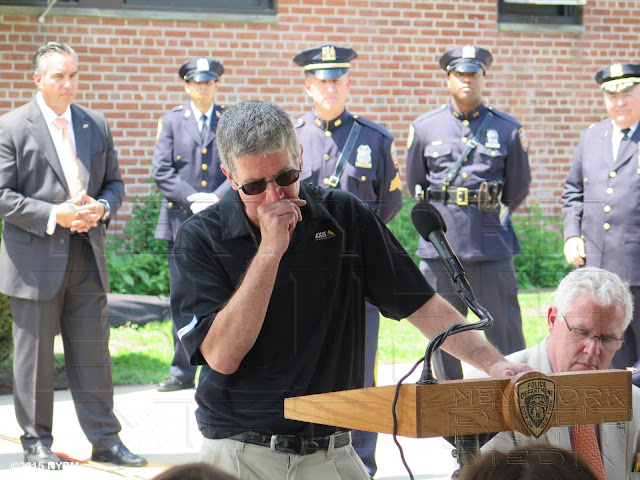 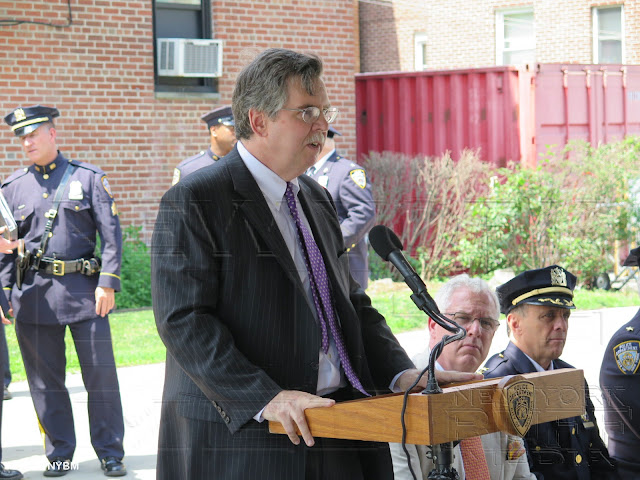 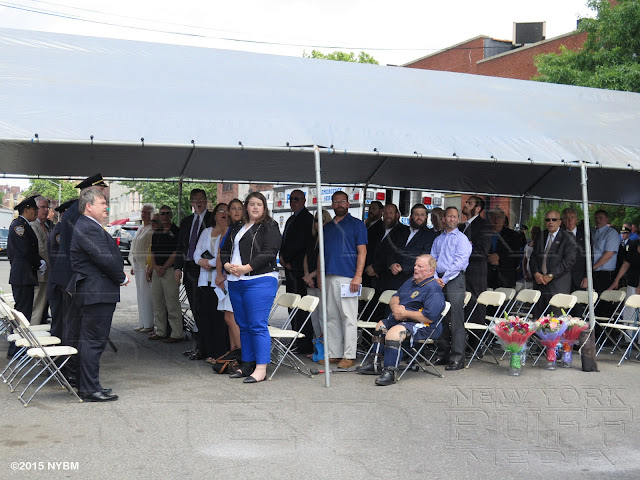 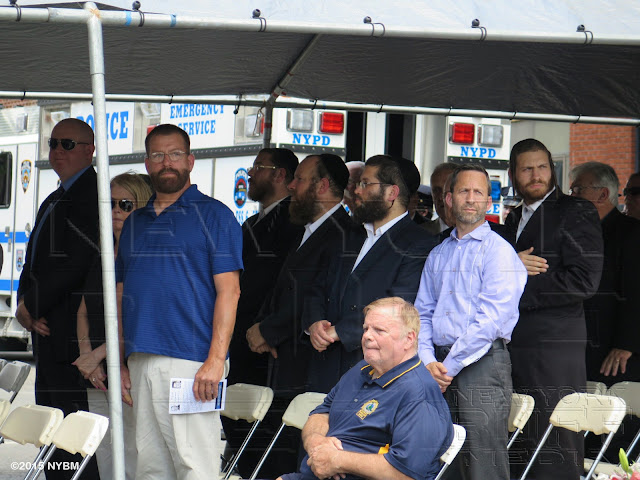 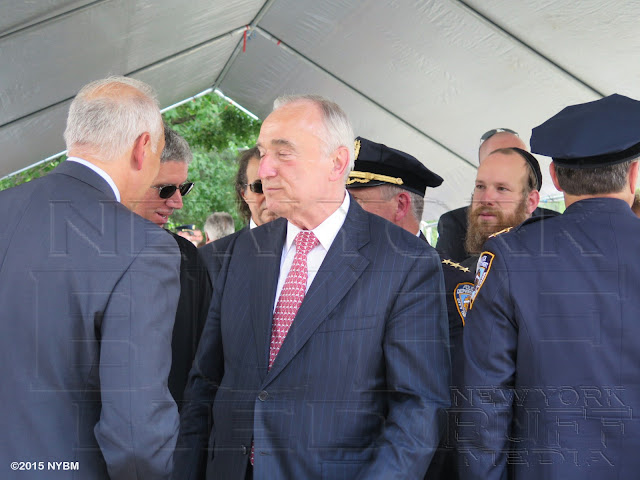 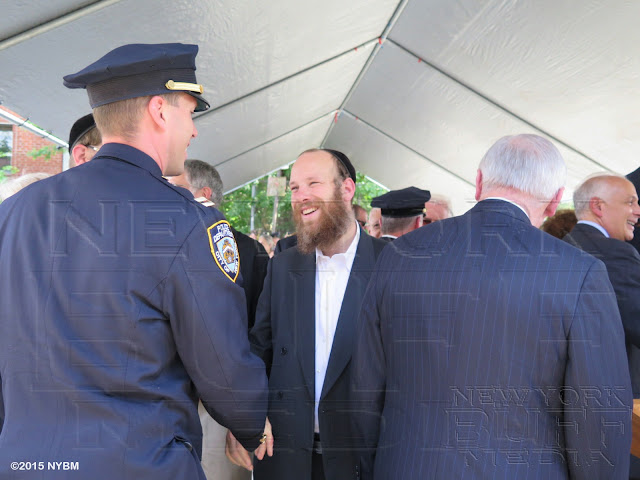 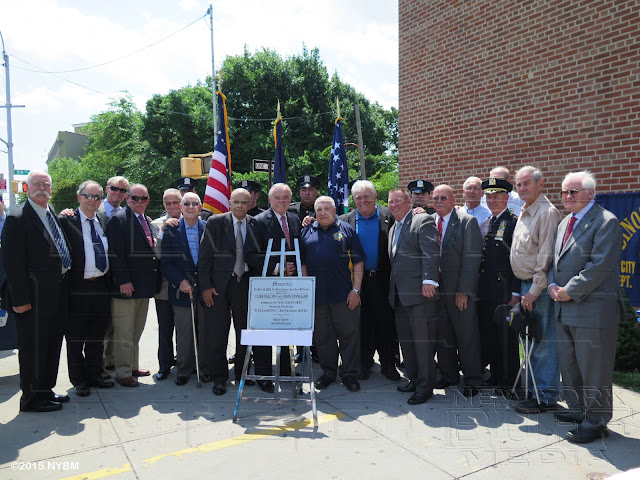 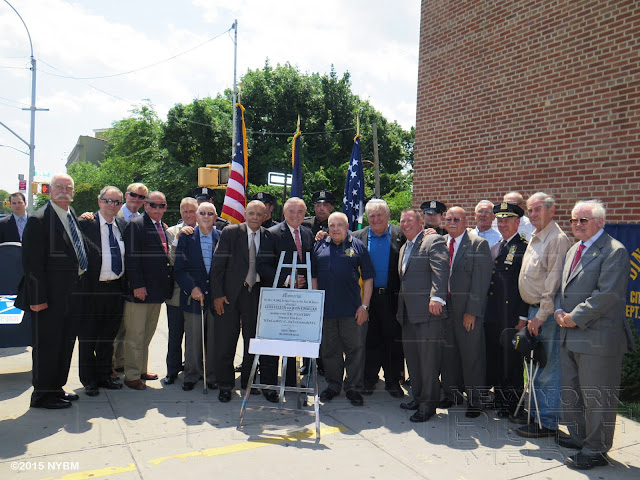 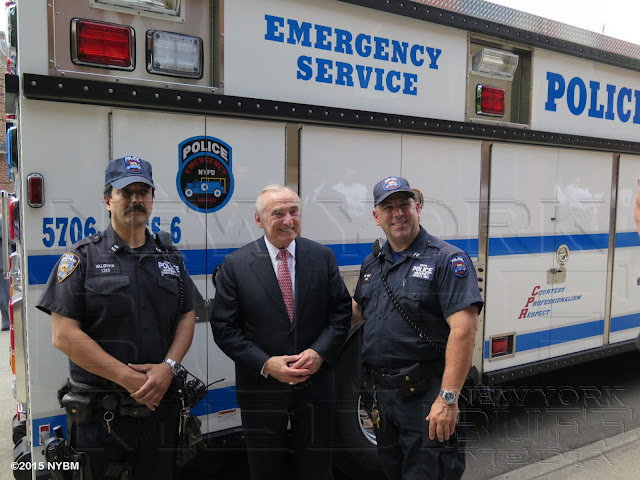 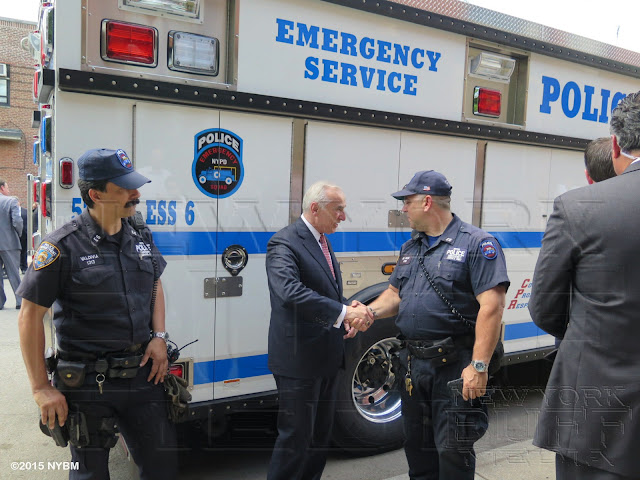 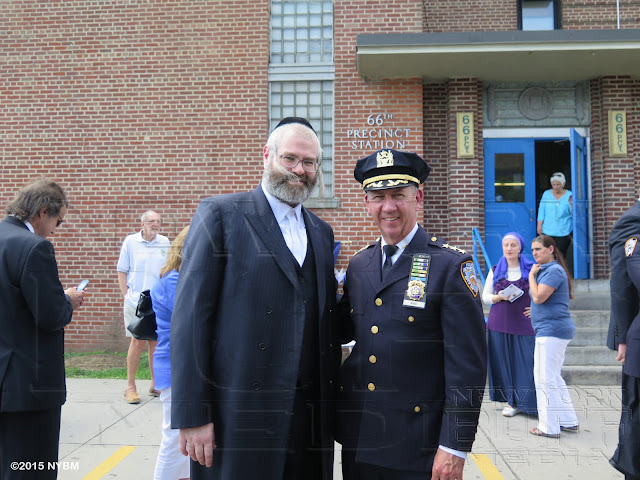 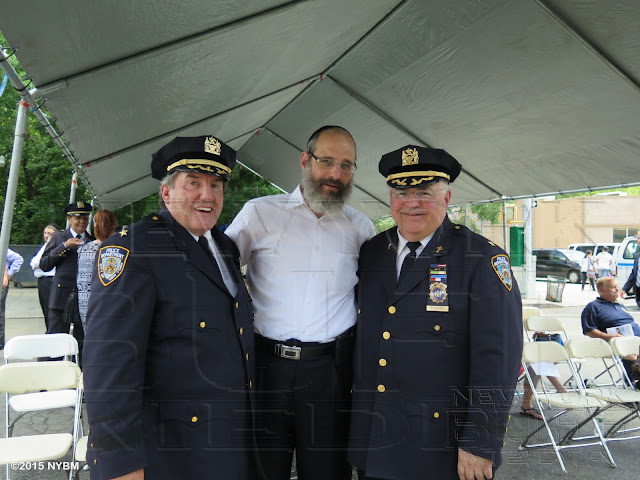 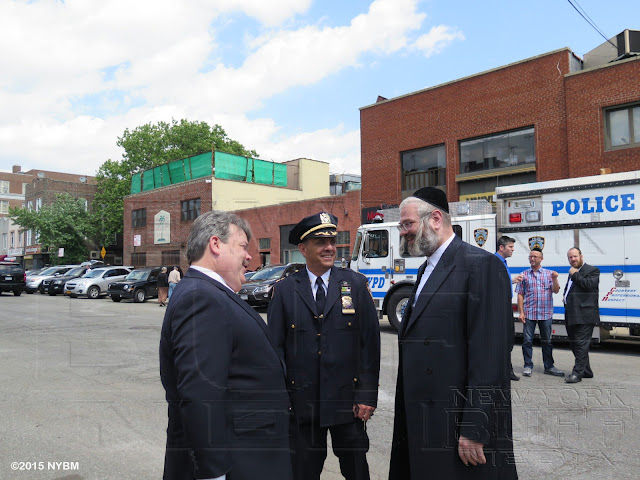 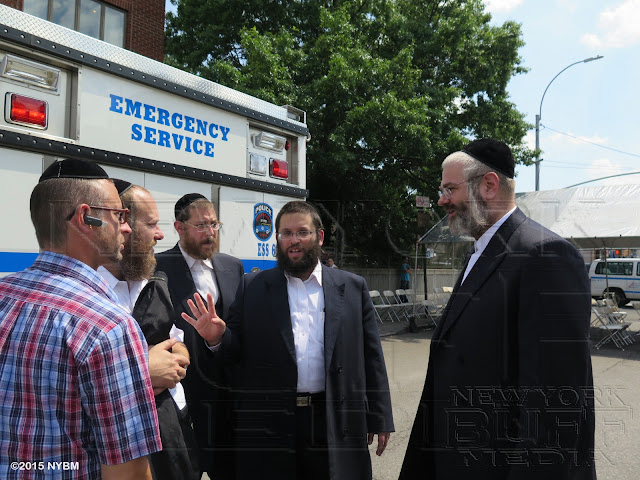