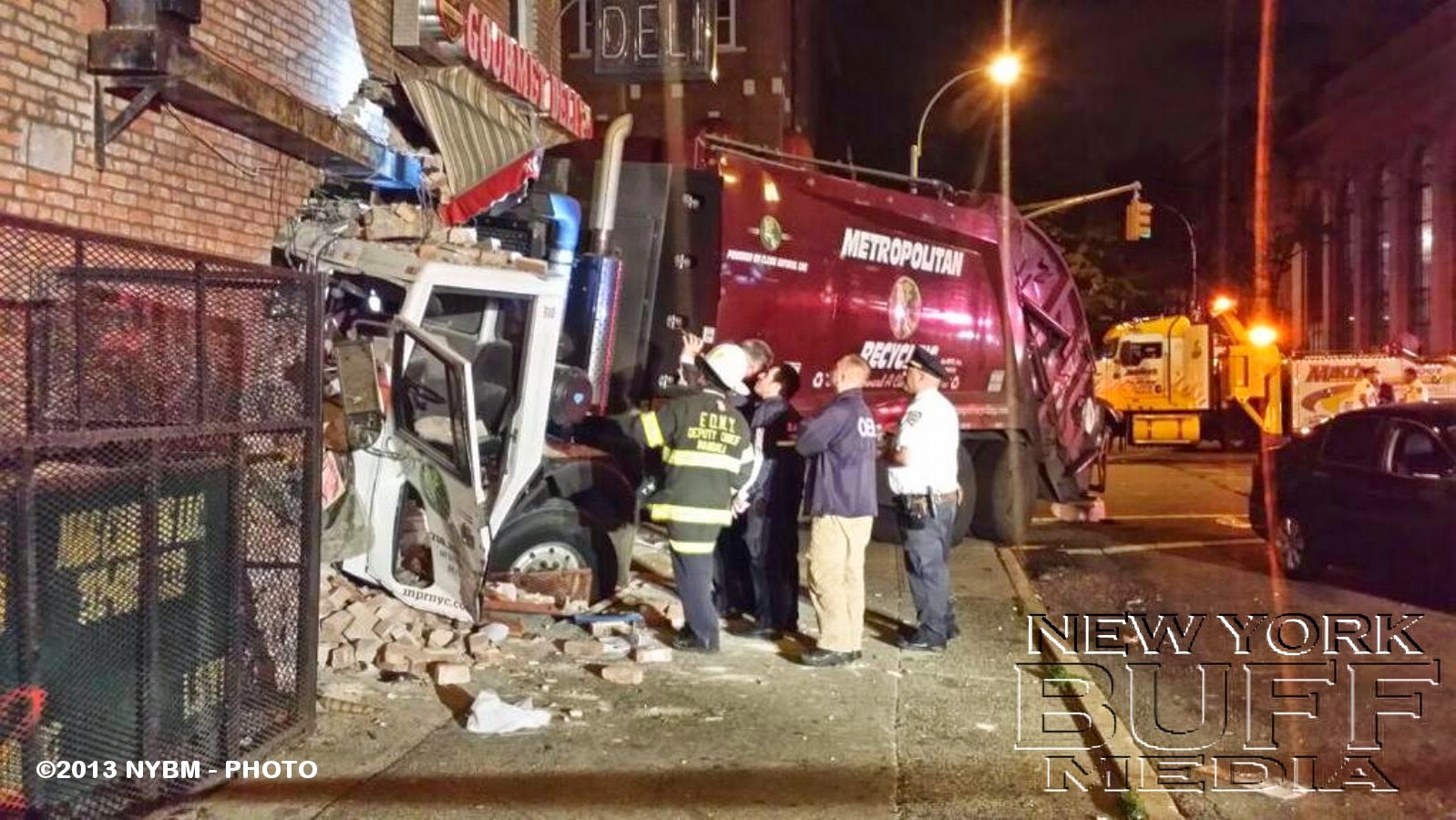 Police are investigating after a garbage truck slammed into a deli in Brooklyn early Friday morning.

The private garbage truck was traveling along Dekalb Avenue in Bedford-Stuyvesant around 2 a.m. when a car ran a red light at Bedford Avenue

The truck swerved to avoid the car and crashed into the Gourmet Deli, waking up residents who live above the store.

"And then when we heard the accident, I opened the window and see it was a sanitation truck inside the building," said witness Mohammed Ali. "Damaged everything."

"When I came there, I saw the truck that's inside there, and I was worrying if everybody is safe and that's all. And everybody were OK," said Abdul Saleh, who works at the Gourmet Deli.

Deli workers and people who live in the building said people drive fast in this area, and they said it's not the first time something like this has happened.
Eight people suffered minor injuries, including the two deli workers.
Police say the driver of the car fled the scene
Source: NY1
{NewYorkBuffMedia Newsroom - Photos by @AlwaysActions} 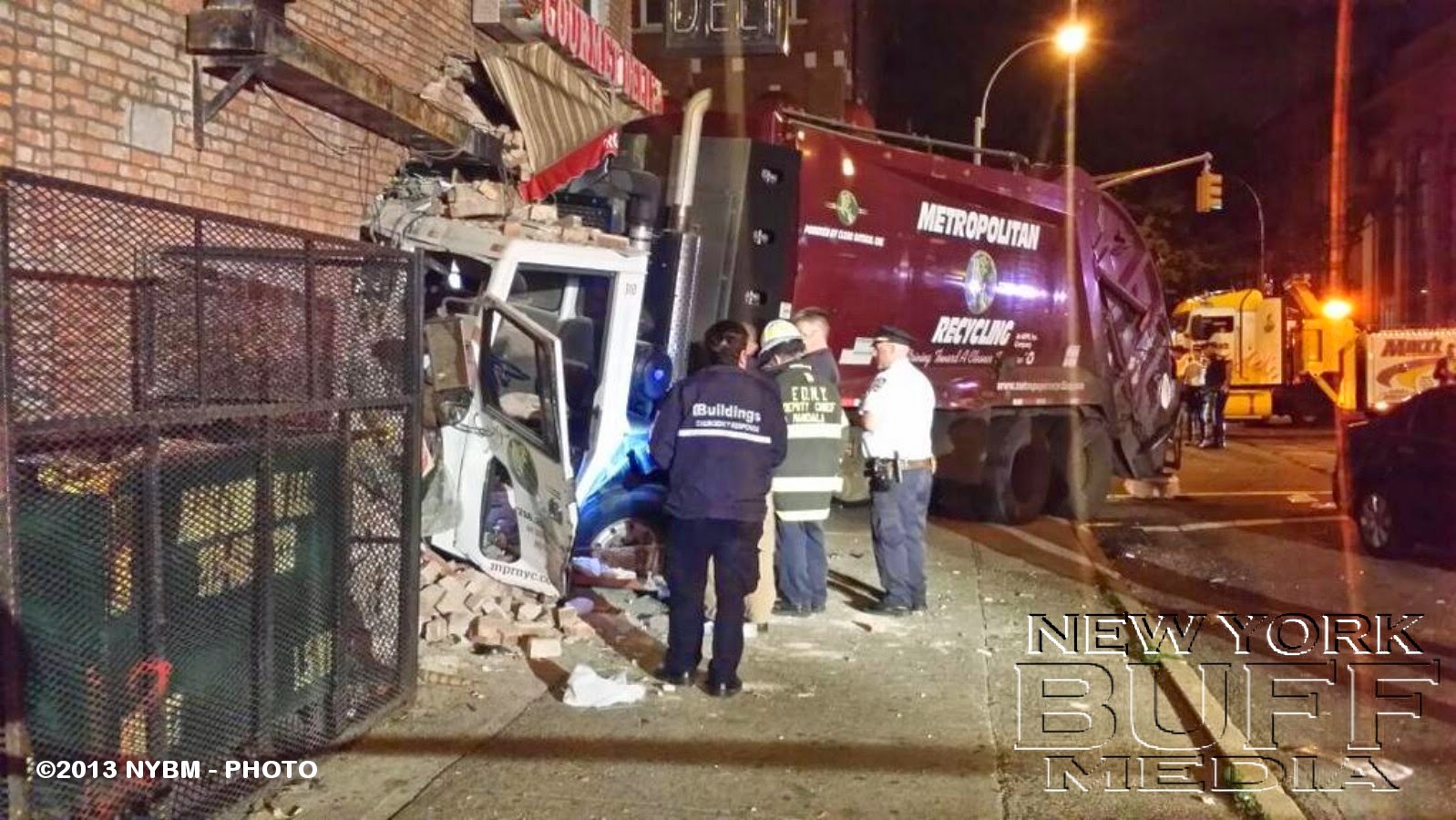 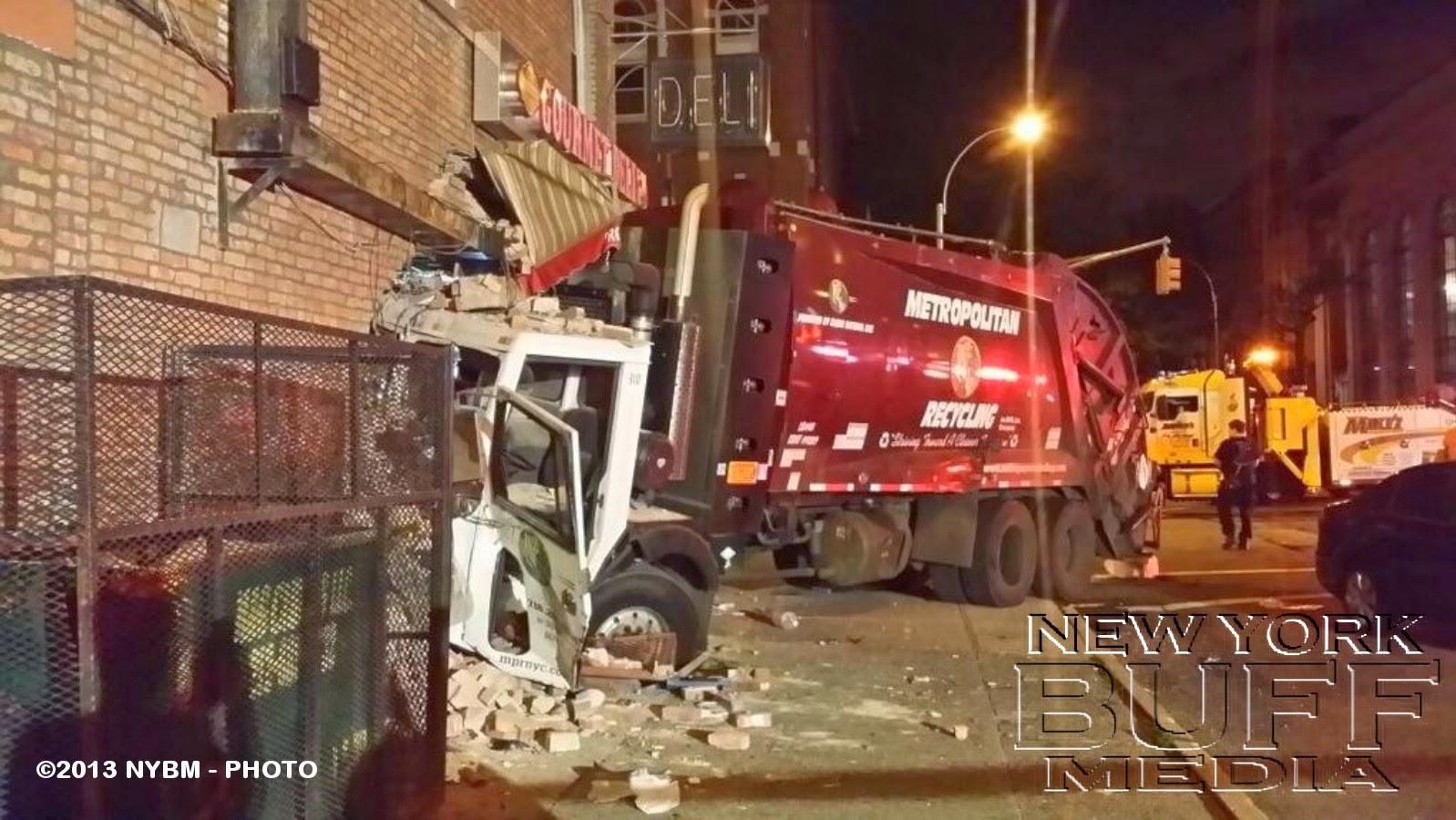 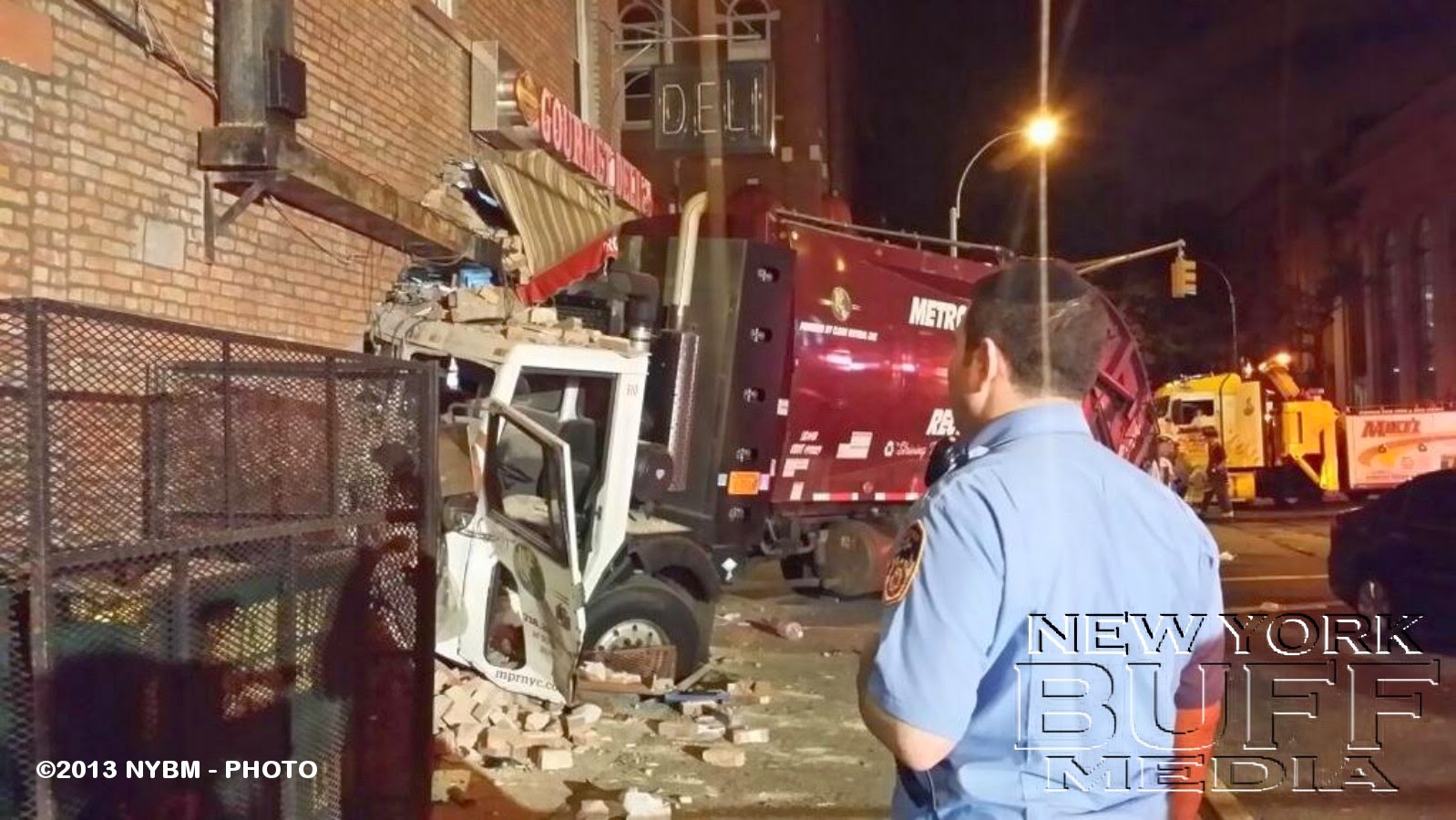 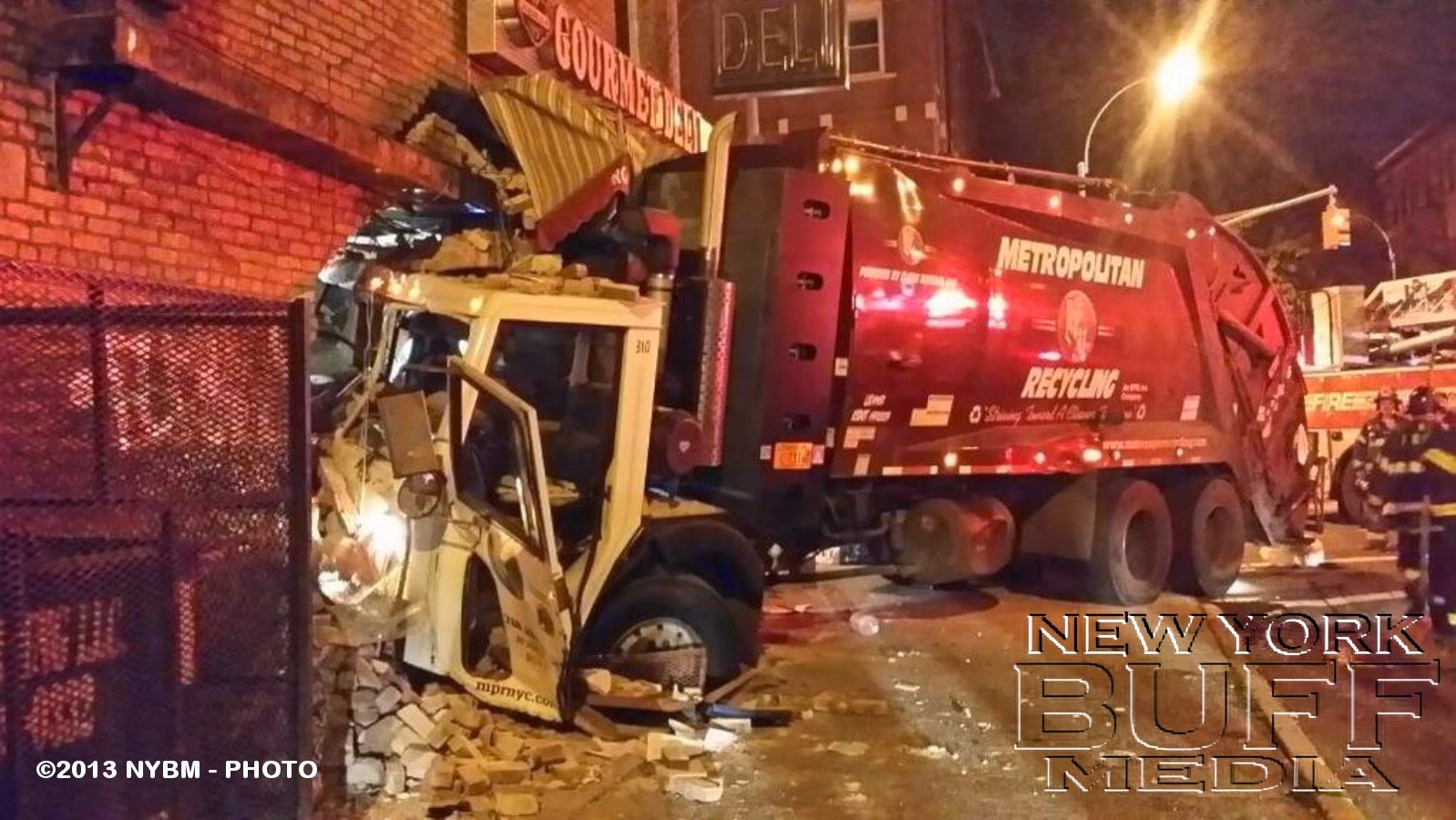 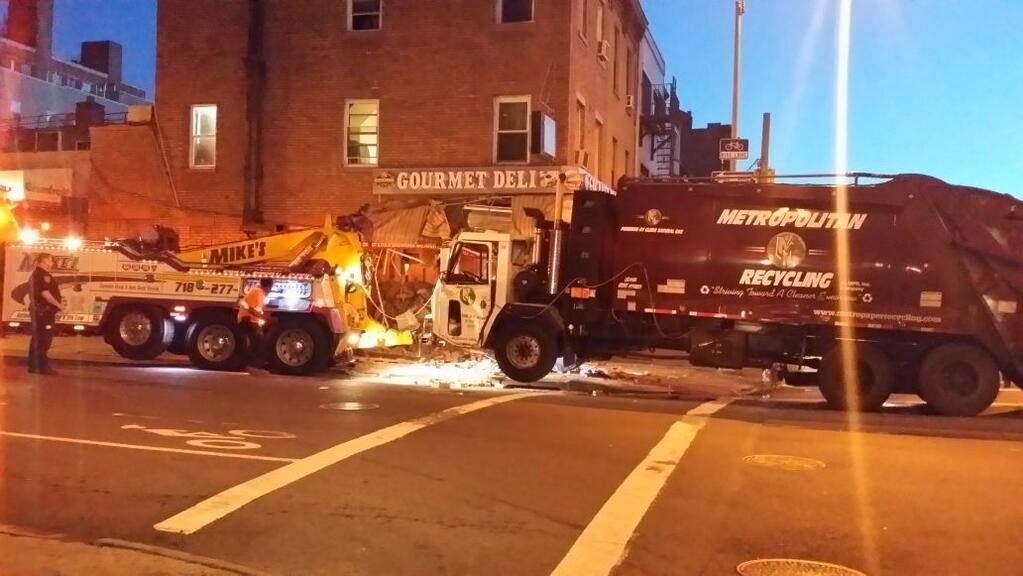 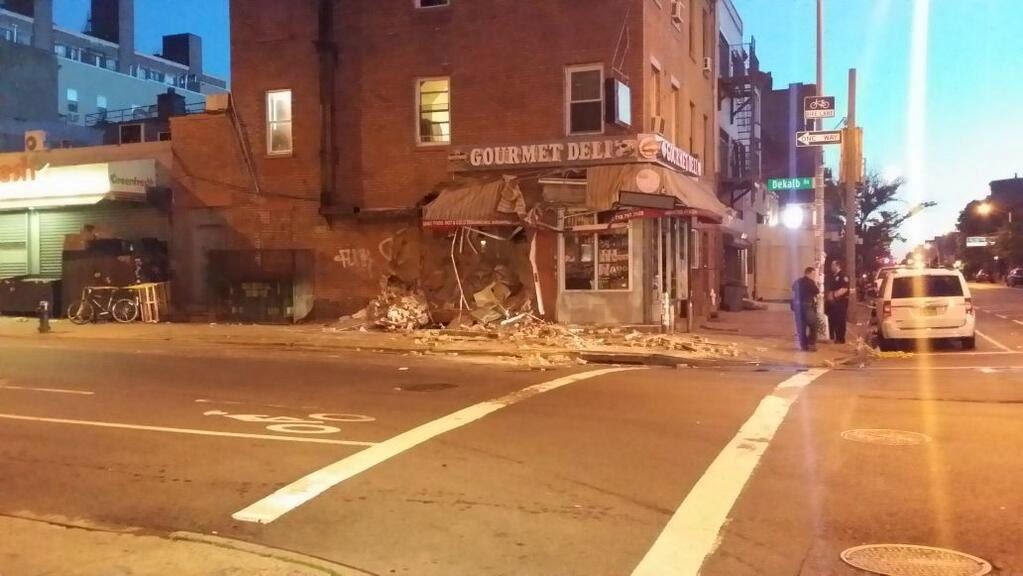 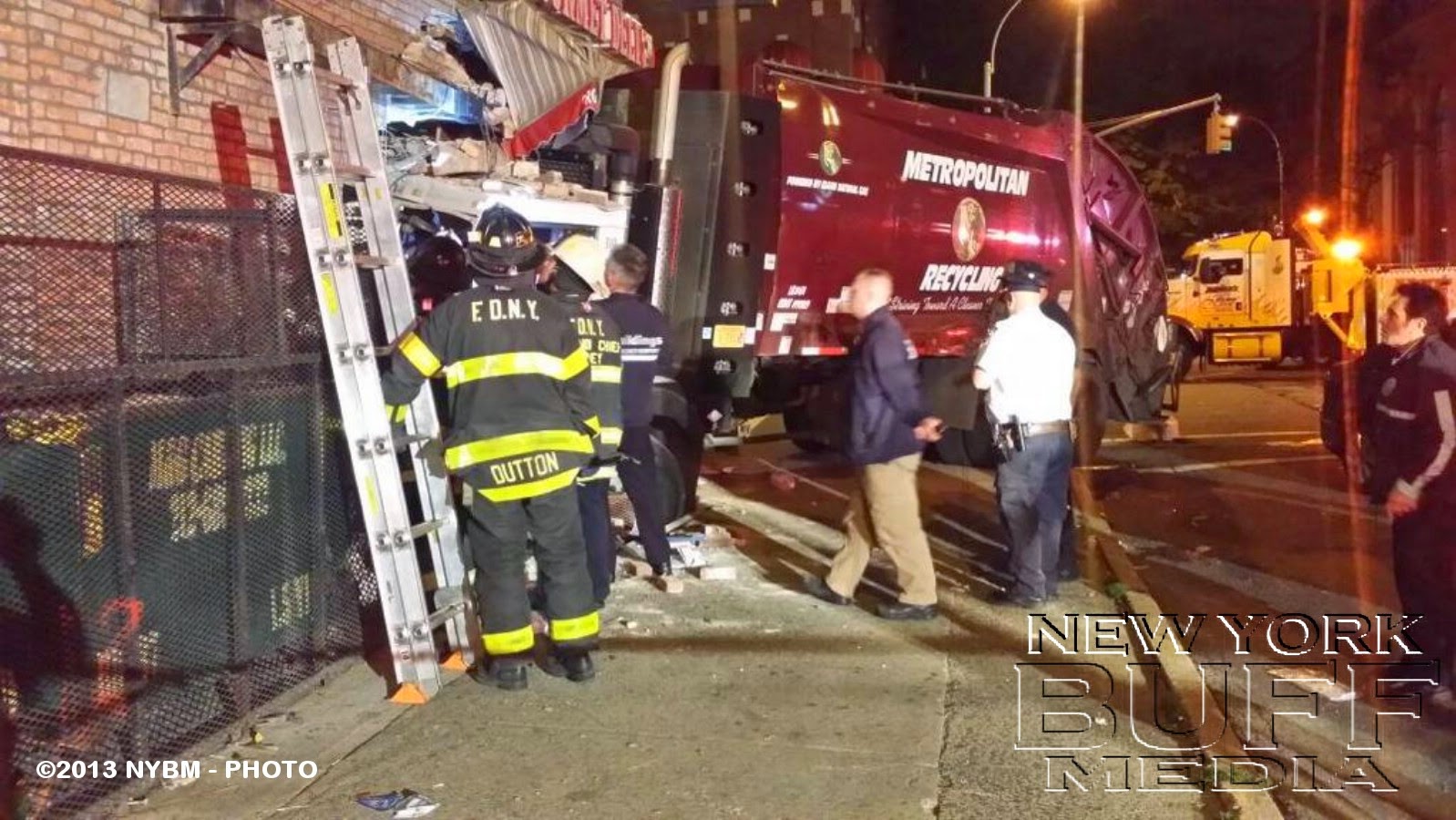 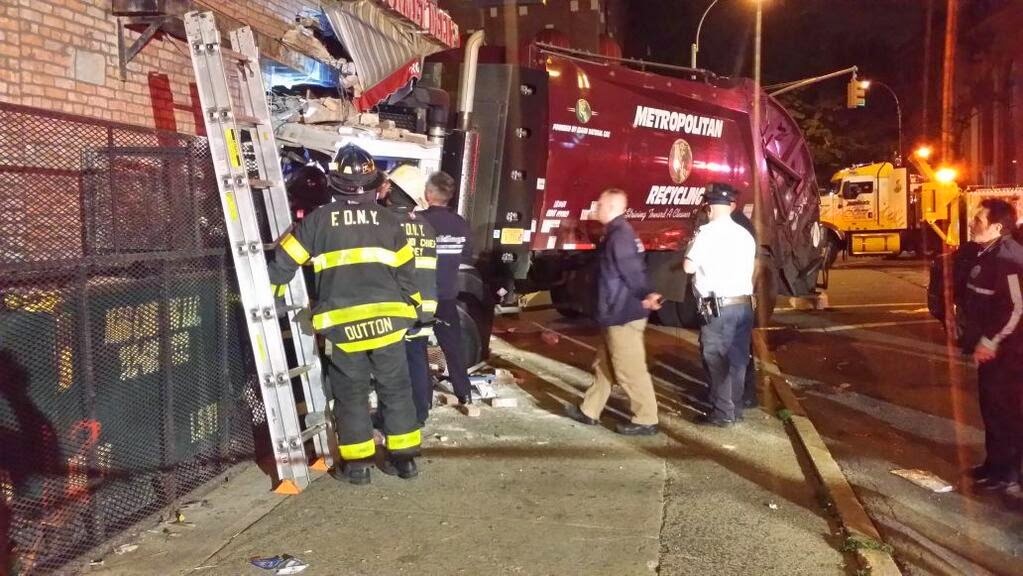 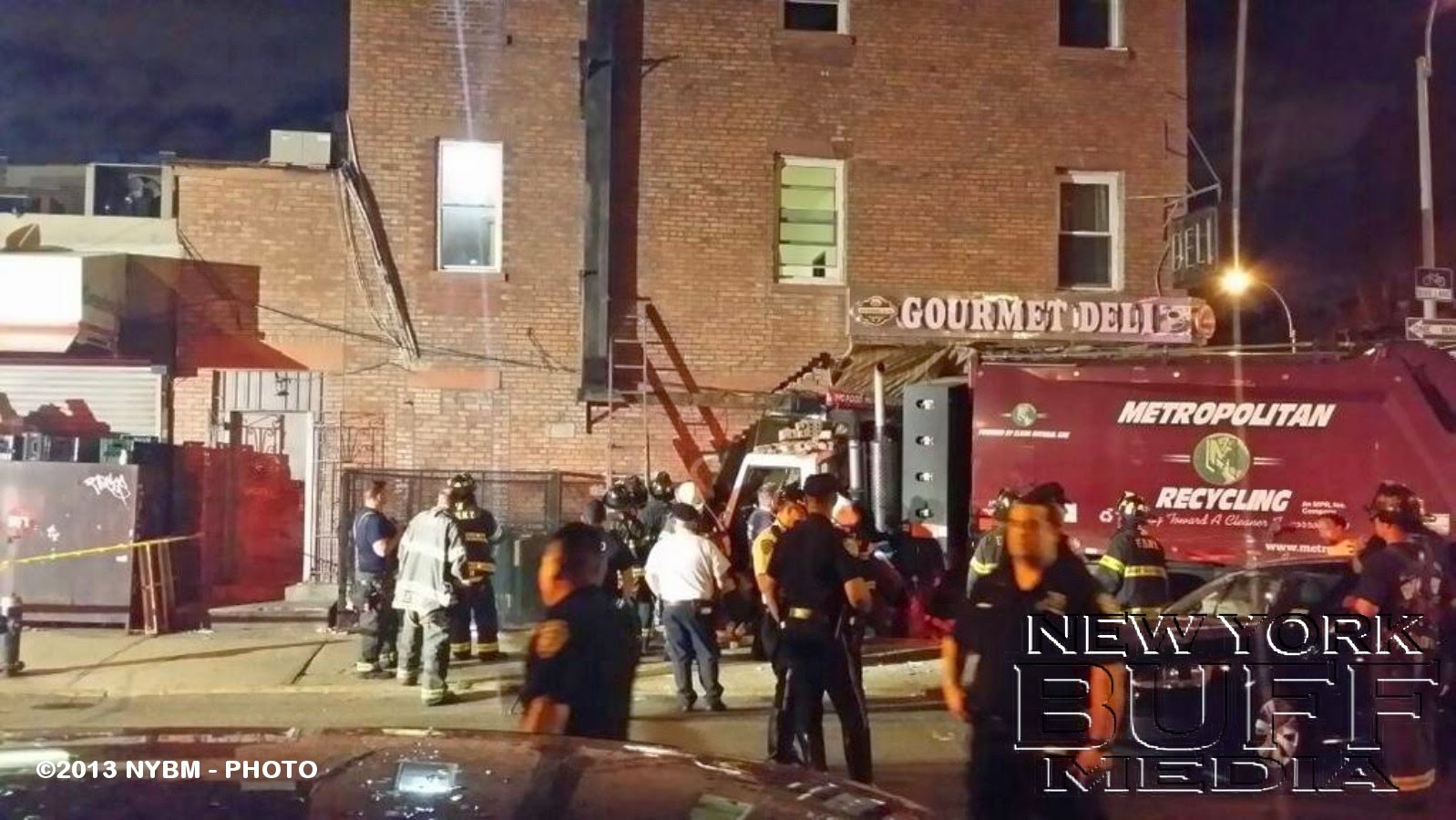 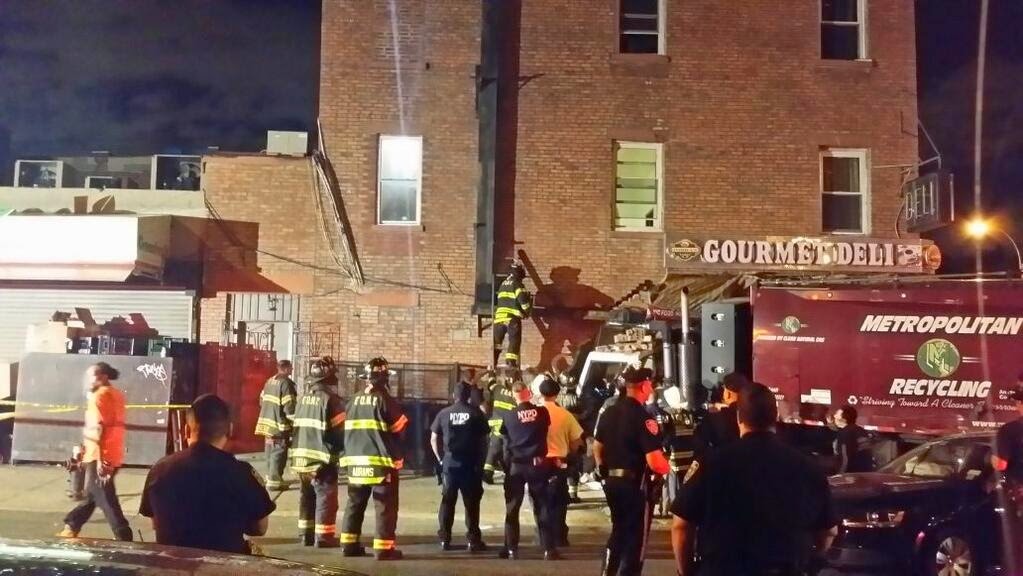