Man on sidewalk killed when SUV flips onto him in Brooklyn 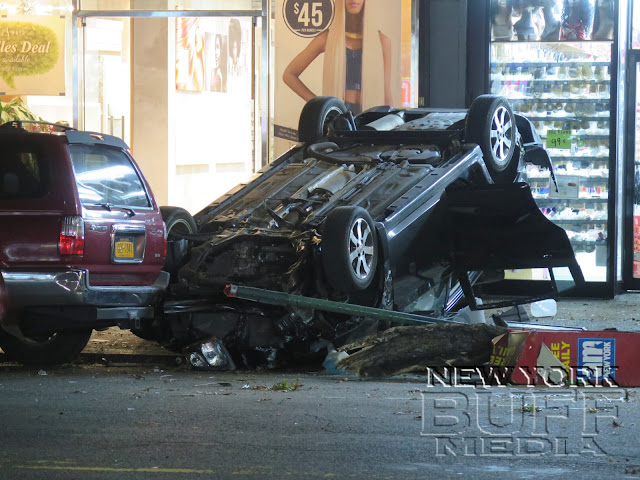 Three other people, including a 3-year-old passenger in the car, were hospitalized with minor injuries in the 5:30 p.m. crash in Flatbush, police said.

The driver of the black SUV, a 53-year-old man, was heading south on Flatbush Ave. apparently trying to stop another car from passing him when he lost control and slammed into a bus stop sign and then a tree, witnesses said.

Hurtling over the fallen foliage, the car flipped twice before ending up on the sidewalk in front of a beauty supply shop, according to witnesses.

The man is the 12th pedestrian killed by a car in the five boroughs since Oct. 31.“He just started flipping in the air,” said witness Nathan Vaknin, 28, owner of Prom Outfitters on the thoroughfare. “On the second flip, he took a guy out. It was someone who was just standing on the street.”

EMTs desperately attempted CPR on the doomed man, witnesses said. Police said he was taken to Kings County Hospital, but he could not be saved.

“Blood was rushing from his head. It was horrible,” said Mia Pierce, 20, a manager of Edible Arrangements on Flatbush Ave.

The driver, the boy and a 59-year-old woman who was hit by debris from the car went to Kings County Hospital in stable condition.Rescuers rushed in as bystanders freed the driver and a 3-year-old boy who was buckled into the back seat, witnesses said. 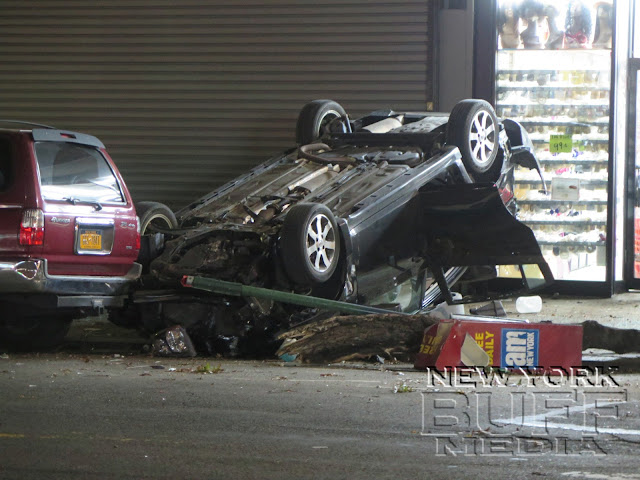 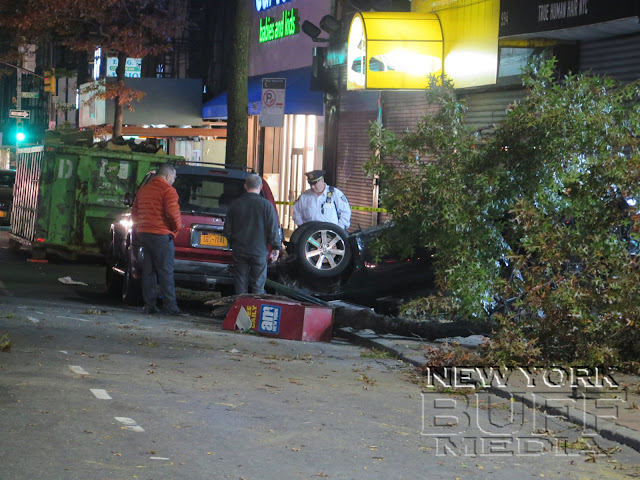 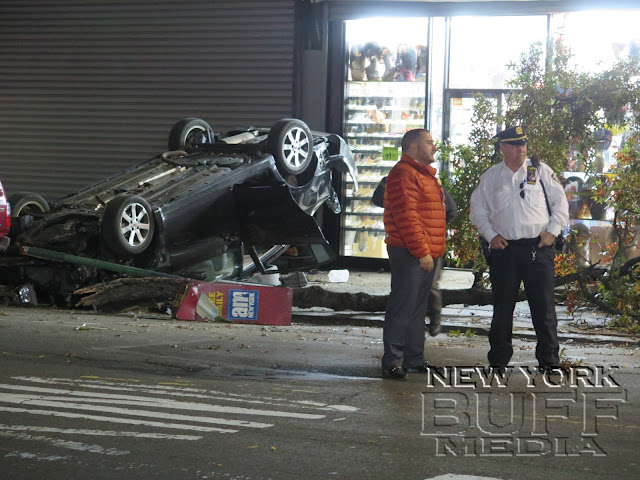 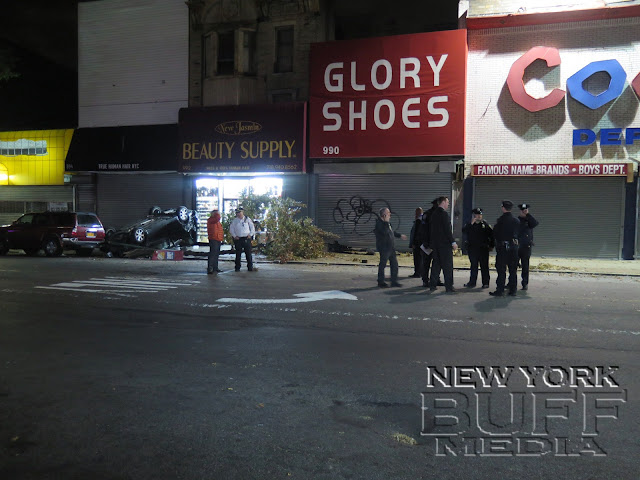 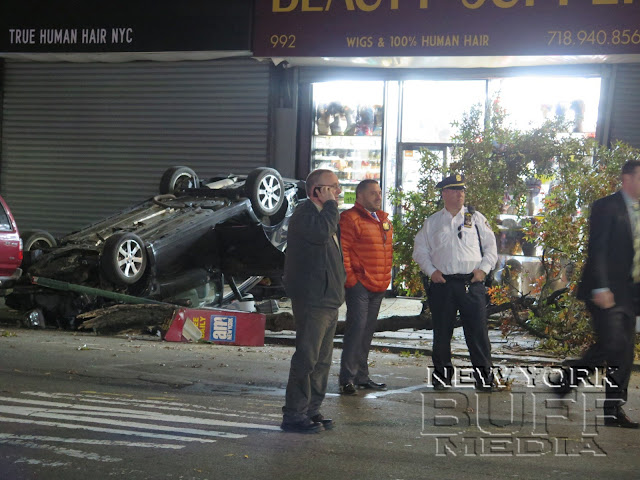 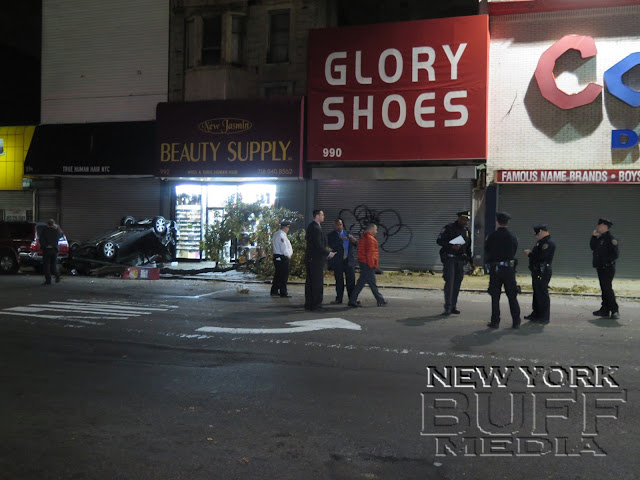 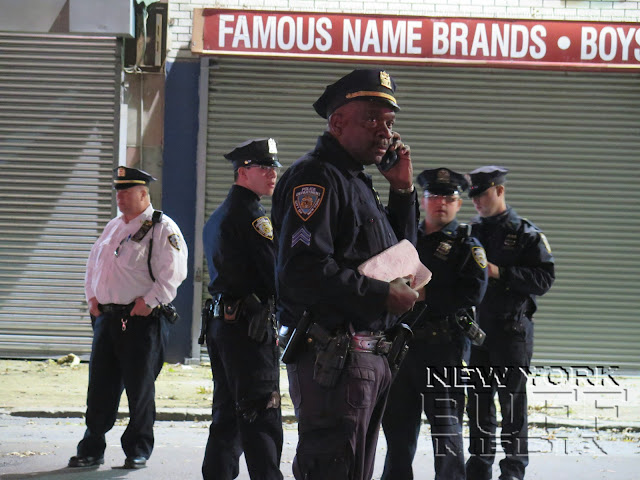 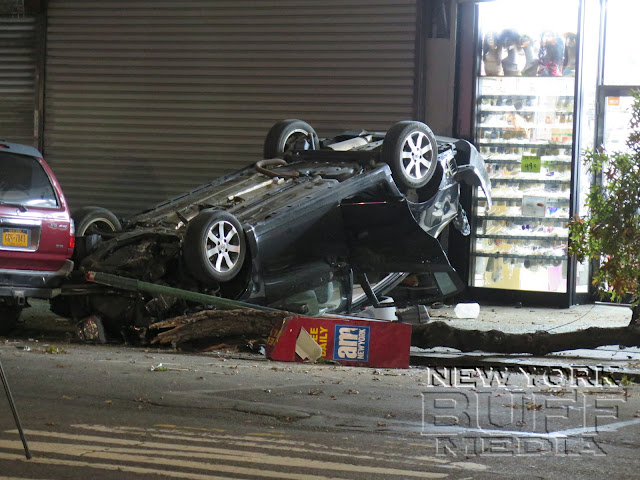 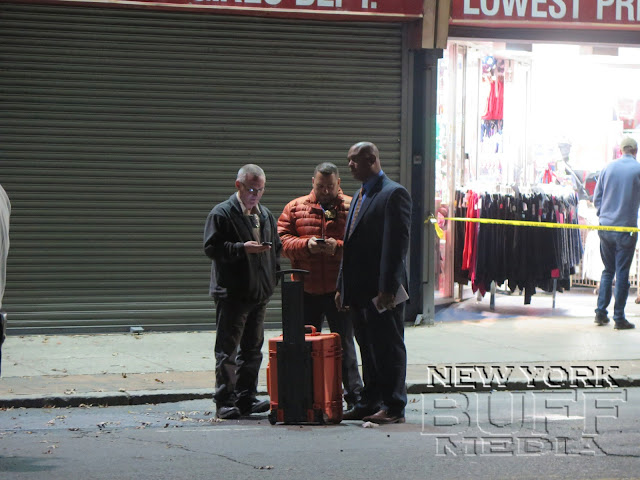 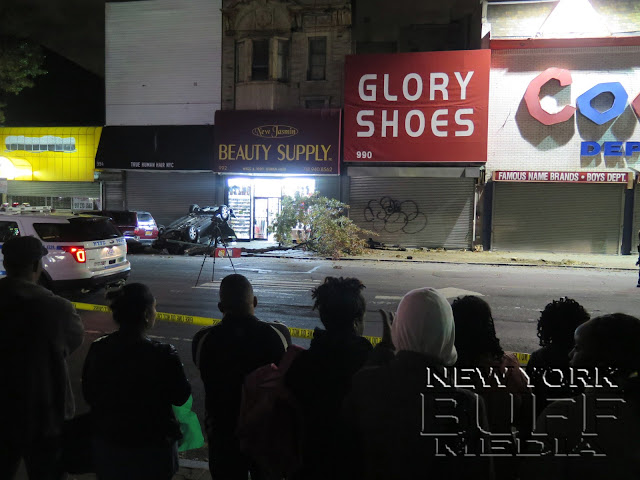 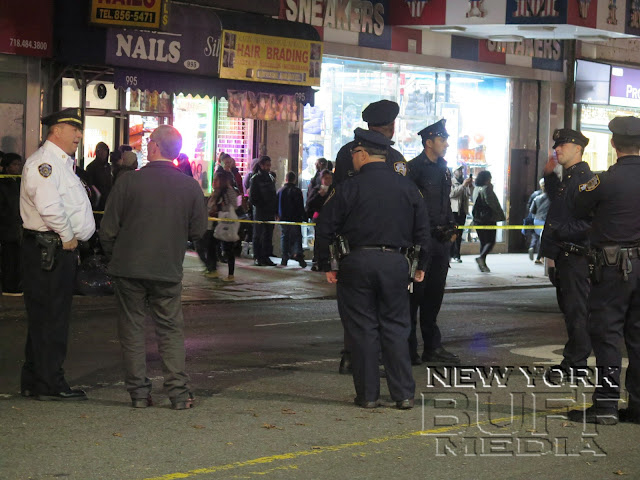 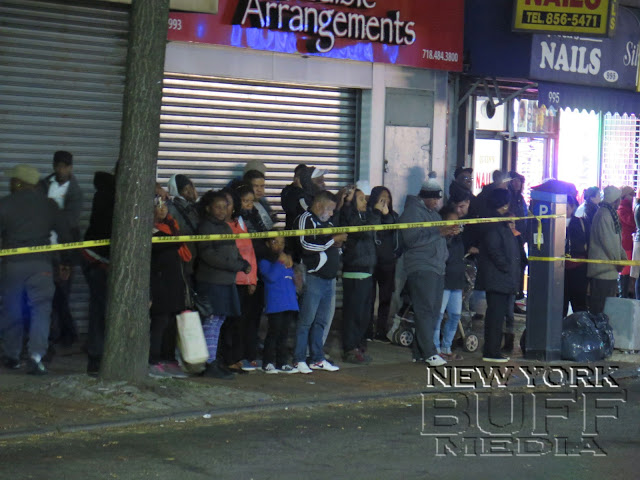 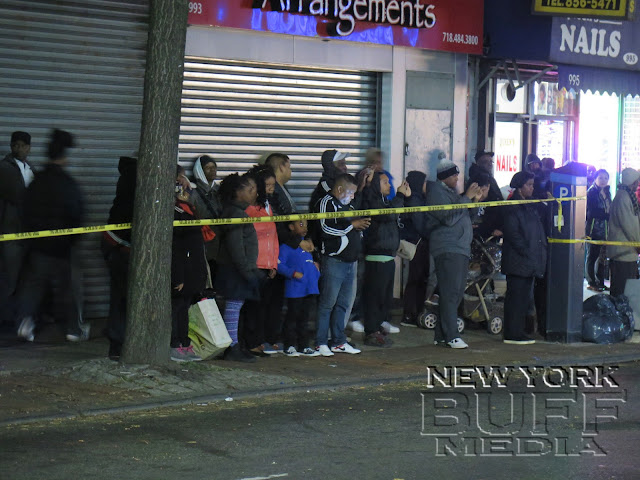