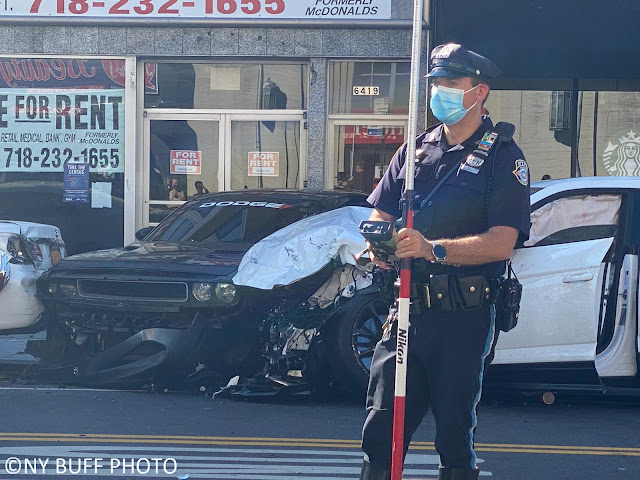 Bensonhurst. Five people were injured Monday early morning after a SUV lost control in Bensonhurst.
The incident occurred at the intersection of 18th Avenue & 65th Street in Brooklyn, when a white SUV traveling North Bound on 18th Avenue collided with a white pickup truck traveling on 65th street which then crashed into multiple other cars.
As a result of the collision a 30y/o pedestrian was hit while standing on the sidewalk and was transported to Maimonides Hospital in critical condition.
Occupants of both the vehicles totalling 4 people were taken to local hospitals in stable condition.
The NYPD'S Collision Investigation Squad were on scene to determine the cause of this accident.
{NewYorkBuffMedia Newsroom - Photos By Issac Y} 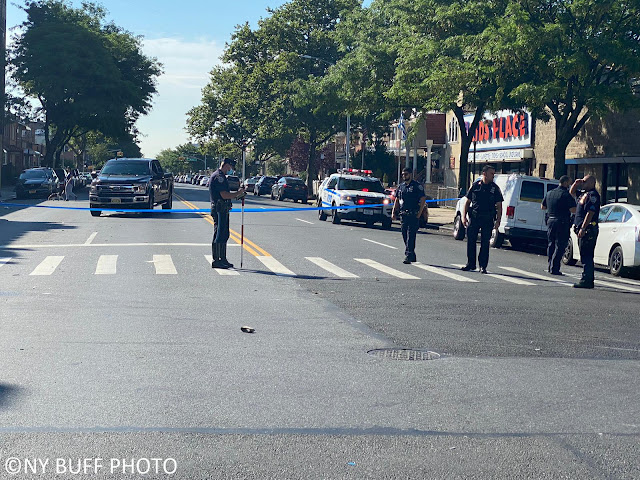 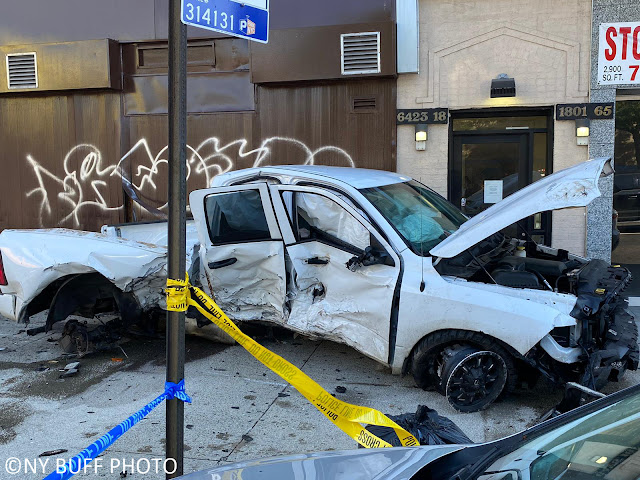 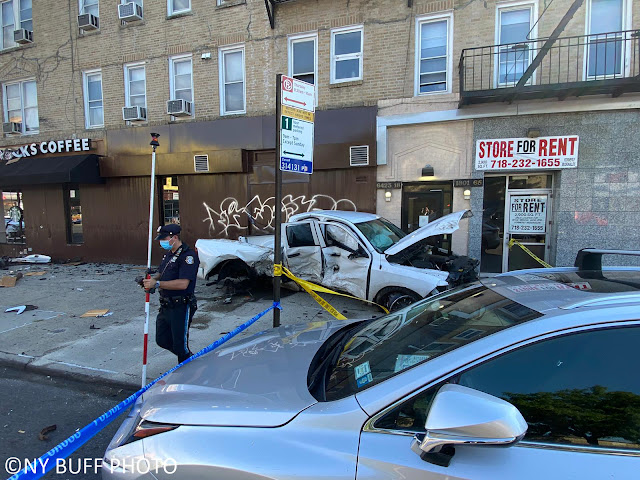 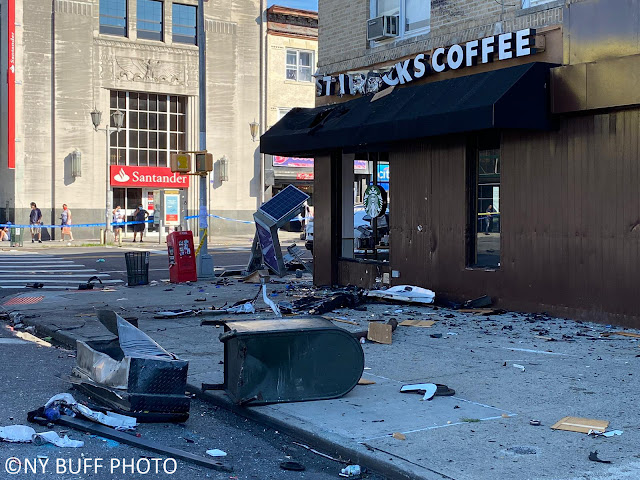 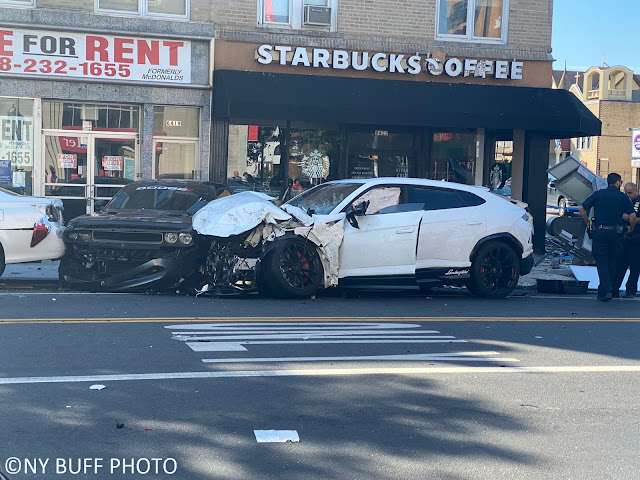 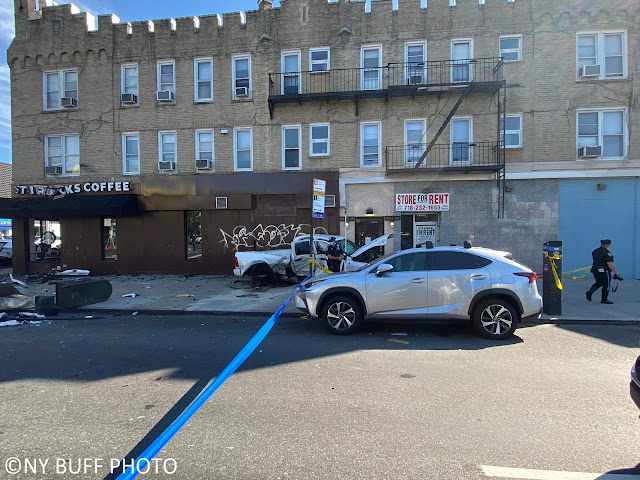 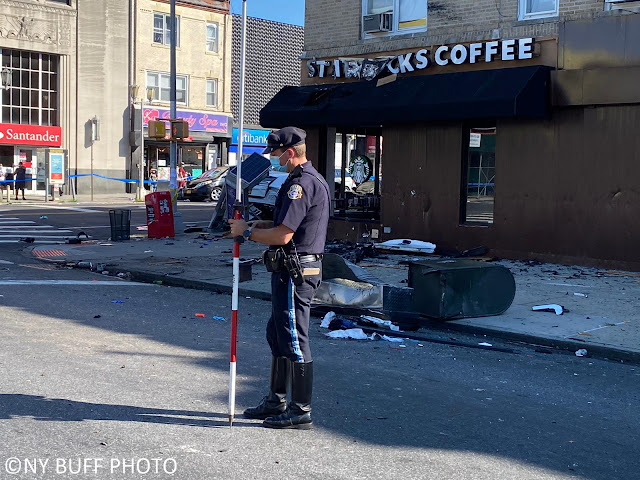